The Weekly Photo Challenge is Prolific.

For several years in the 1990s I was part of a small group surveying and recording an inland Gull roost on a reservoir in Cheshire, England. Numbers peaked in the winter although there was birds there every month.

The photo shows part of the roost in the process of moving to a different section of the reservoir. 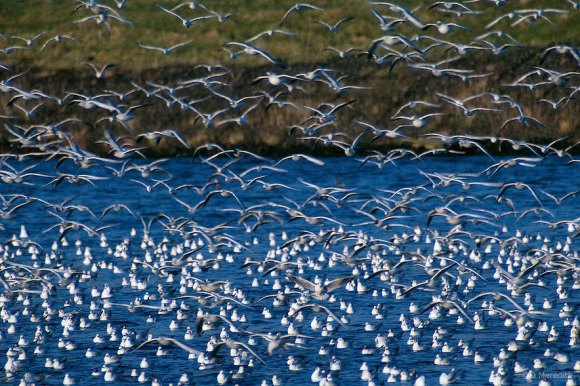 11 replies on “A few Black-headed Gulls”

Glad you liked it. ☺

Wow! You must have been in the thick of it! I would have flung my camera in the air and run helter skelter! Great photo!

I was in a wooden hide (blind) on the edge of the reservoir.