One from the archives, taken in Saskatchewan, Canada in the late 1990s. And just in case you’re wondering, frosted squirrel is not a recipe.

This Eastern Gray Squirrel (Sciurus carolinensis) was photographed one winter morning at around –30°C. The squirrel has frost on the tips of some of the hairs on its tail despite the sun and the photo being taken in the late morning if I recall correctly. 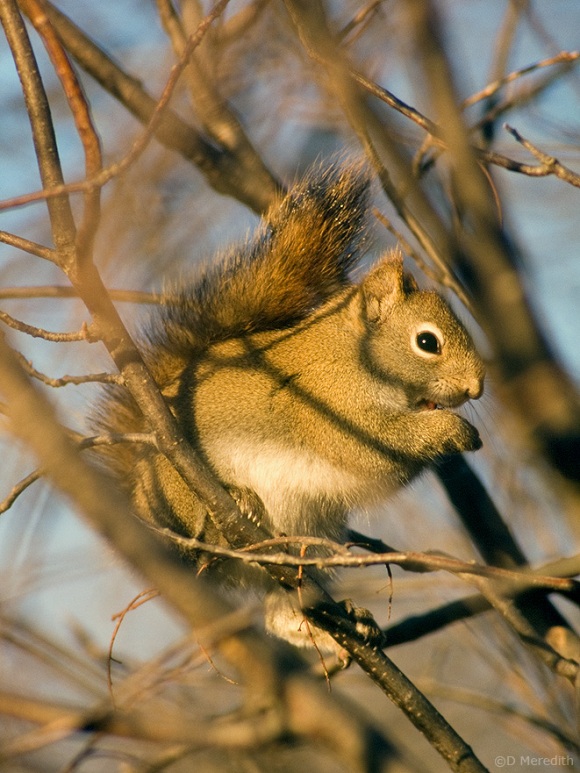