This made me think of some of the long exposure shots I’ve taken to soften water and show movement in the clouds.

The shot I eventually selected is a 60 second exposure. The long exposure has smoothed the water out and softened the clouds.

Colpoy’s Bay and the Niagara Escarpment at sunrise.

Throwback Thursday travels back to Cheshire, England in the 1980s and continues the theme of birds eating windfall apples in the winter.

Having posted a male Common Blackbird (Turdus merula) at the end of January here’s a female. The female is a little different from the male, brown overall but with an orange bill and eye ring similar to a male. 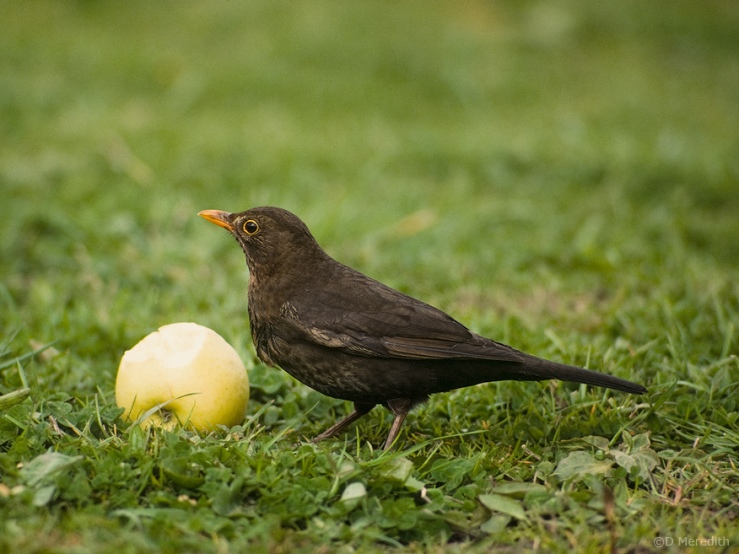 Or rather some dry stone walls and and a barbed wire fence.

In some parts of Britain field or property boundaries can be hedges or dry stone walls. This photo taken in the Peak District close to the Cheshire/Derbyshire border. It’s an area between Wildboarclough and Bottom-of-the-Oven. There’s two place names that are hard to forget. A lot of the field boundaries in the area are dry stone walls.

So called because they’re walls of stacked stone put together dry, in other words without mortar. Some of the dry stone walls in Britain are centuries old. 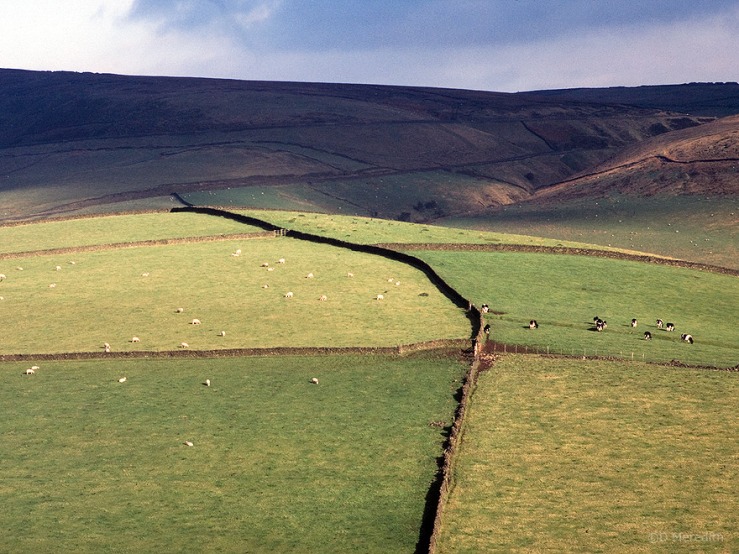 Monochrome Monday is going down to the Colpoy’s Bay shoreline at sunrise. One of those mornings where there was some interesting clouds over the bay but very little colour in the sky as the sun came up. 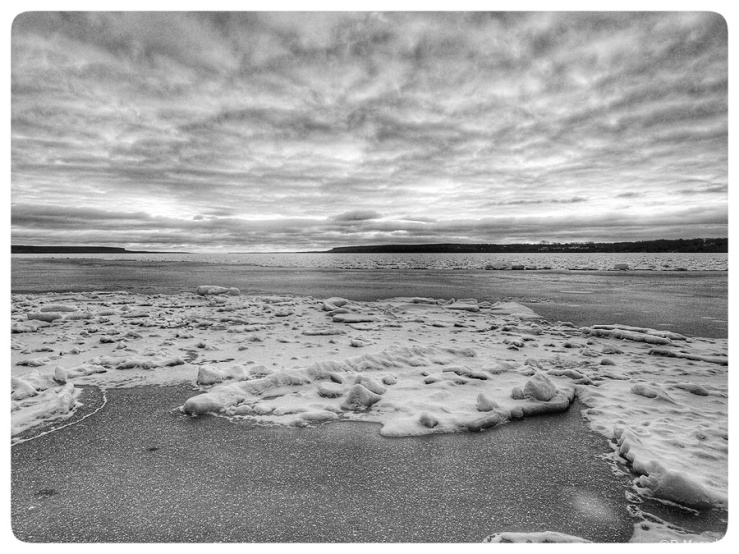 The new Cosmic Photo Challenge is MOVE THE CLOUDS: A HEAVENLY PERSPECTIVE.

Having used neutral density filters to achieve long exposures to blur clouds in the past my initial idea was a photo of clouds streaked across the sky by a long exposure.

Then I thought about some of the strange cloud formations I have photographed. From there I went to some of the photos of clouds in layers.

Finally I ended up here. Then I couldn’t decide between “Cloud Variations” and “A Miscellany of Clouds” as the title.

Some interesting clouds over Colpoy’s Bay and the Niagara Escarpment at sunrise. 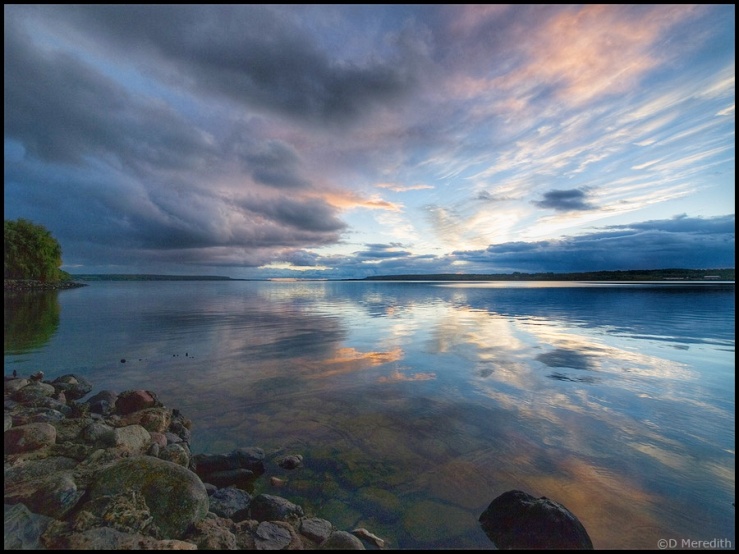 A fairly easy challenge you would have thought. I came up with a long list of possible subjects in my head. I then thought about some of the colourful skies I have photographed over the years and changed direction for this post.

This colourful dusk is one that I may never forget. Not just because of the colour but also because it was -40° and a few minutes previously there had been Snow Buntings flying past me to roost in a reed bed. It should be noted that -40° is roughly the same in Celsius and Fahrenheit.

I added a glow with Snapseed to give a dreamlike quality and then a border as I’ve been on a bit of a border kick recently. The view is of a section of frozen marsh at Little Quill Lake, Saskatchewan, Canada approximately 20 minutes after the sun dropped below the horizon.