The new Lens-Artists Photo Challenge is Around the Neighborhood.

I was considering the neighborhood I currently live in. I actually had the post started before deciding to change neighborhood, firstly to Saskatchewan, Canada and then to Cheshire, England where I grew up.

I then changed neighborhoods again and moved on to Southampton, Ontario. Located on the shore of Lake Huron, I lived in the town for around eight years and still visit regularly.

I used to spend a lot of my spare time down on the shoreline with a camera so decided to write a post based on the lake shore. I then went with using photos taken within a few hundred yards of Dominion Lookout at the bottom of the High Street as that was one of my regular locations.

I have no idea why it’s called Dominion Lookout, the giant Southampton flagpole is there and I’ve always referred to the area as down by the flagpole.

A female Common Merganser with a line of young in tow. A couple are riding on her back.

Chantry Island and its lighthouse at sunset with a giant sun pillar behind the island. Taken in the winter, Lake Huron is covered with frazil ice. Sun pillars are formed by ice crystals suspended in the atmosphere.

A Caspian Tern with a small fish flying along the shoreline in the summer.

A view of Chantry Island and its lighthouse from the Lake Huron shoreline early one morning. Taken around 15 years ago this rocky spit is now under water after a rise in the water level.

A juvenile Red Knot on the Lake Huron shoreline during autumn migration. One of a couple of Red Knot I spent a few hours with. This shot was taken soon after sunrise in golden light. The birds became comfortable enough to feed, bath, preen and then sleep in front of me.

Rocks and waves on the shoreline early one summer morning. 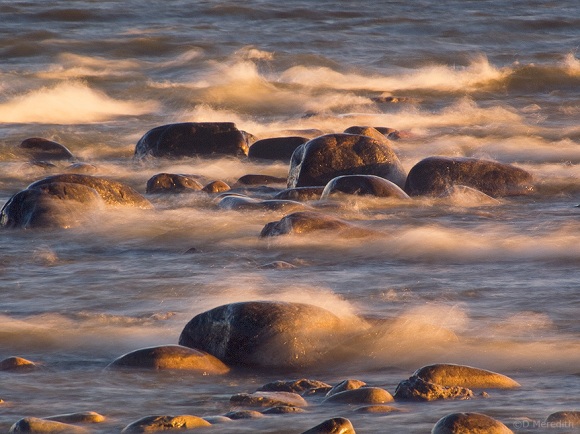 A Red Fox trots along the shoreline. Taken last spring, I later discovered that the Fox is a well known resident with the locals mostly ignoring it 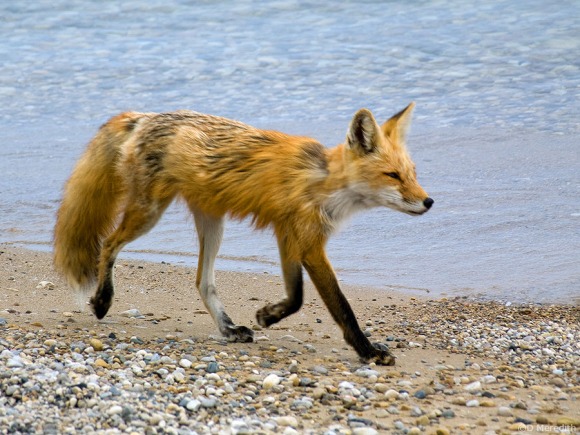 A florescent green kayak emerges from the fog on Lake Huron. Taken in the middle of July last year although you wouldn’t think that given the weather.

14 replies on “Around Dominion Lookout”

These are beautiful David – I especially liked your take on the rocks photo. LOL for the local fox.

Thanks Tina. I was amused by the fox after seeing it a second time and hearing about it being a regular feature.

Loved the picture of the merganser family!

I love your photos, especially the birds too

Beautiful photos. I love how the green color of the kayak pops in the “Lake Huron in the fog” photo.

Thank you for the tour of the beautiful neighborhood! Beautiful photos, love these birds, especially the little ones. 🙂 🐣

Lovely neighborhood with all those animals nearby! Wonderful shots!