This is my contribution to the Cosmic Photo Challenge: Through an Opening.

I had a few ideas for openings for this prompt. As a bird photographer I have used a variety of openings from windows to holes in portable fabric hides (blinds). I decided to stick with one type of opening and settled on vehicle windows.

I decided to go with vehicle windows in part because I thought it would make the selection easier. Because the list of species is shorter than some of the other openings.

That was the theory, in practice I changed my selection at least four times before deciding to set some rules. Four photos, two bird species and two mammal species. Two species from Britain and two species from Canada.

A Fieldfare that spent part of the winter feeding on windfall apples in an abandoned orchard in Cheshire, England.

A Red Fox photographed from a vehicle as it hunted in a hay field in Cheshire, England.

Two American Avocets feeding on a slough in Saskatchewan, Canada. By the curve of their bills, a male in front and a female behind. 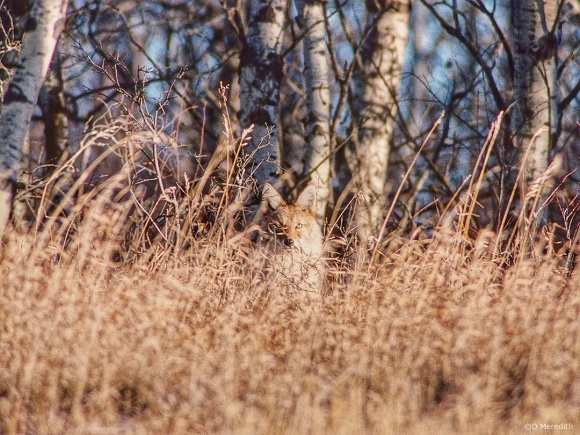 A Coyote watching the photographer from the edge of some bush in Saskatchewan, Canada.

4 replies on “Cosmic Photo Challenge: Through an Opening”

These are wonderful, I love that fox

Thanks Dale. The Fox was used in a field guide to garden wildlife despite clearly being in a hay field.

These are all lovely, David. The color contrast in the photo of the Avocets is particularly striking.

Thanks Hannah. The American Avocets are a lot more colourful in their summer breeding plumage than their gray winter plumage.