This is my contribution to week 2 of Cee’s Fun Foto Challenge: Pick a Topic from this Photo.

For week 2 I picked three topics from Cee’s photo, trees, clouds and early mornings. Originally I was planning on going with a single location but quickly thought of other photos. So I limited myself to six photos from the South Bruce Peninsula, Ontario taken over the past few years.

Clouds over Colpoy’s Bay and the Niagara Escarpment at sunrise.

Trees in low cloud at sunrise.

Low cloud amongst the trees on the Colpoy’s Bay shoreline at sunrise.

Clouds over Berford Lake before sunrise. 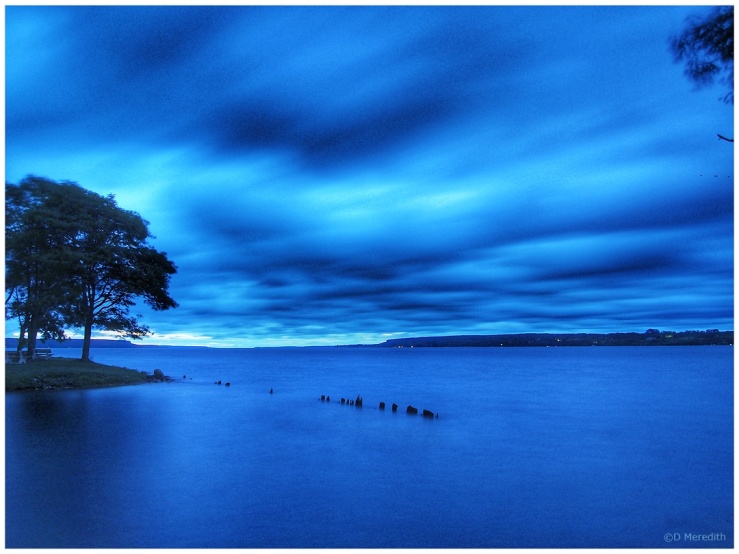 Clouds streaking across Colpoy’s Bay and the Niagara Escarpment at dawn. 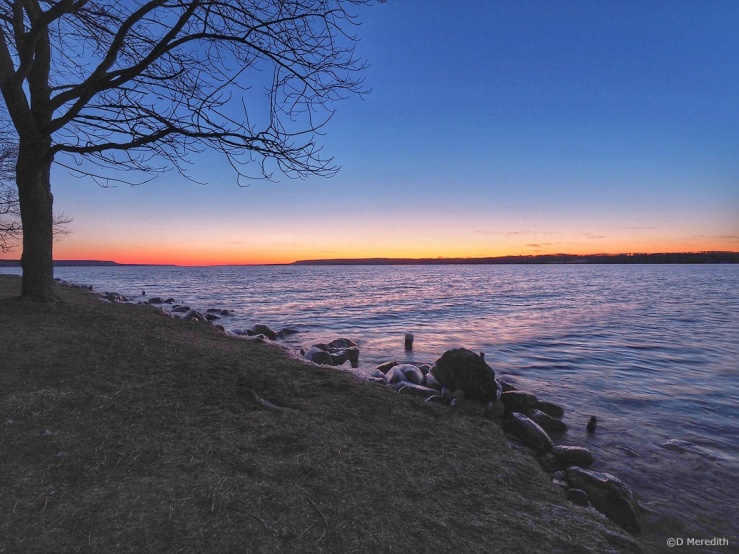 I had a couple of ideas for the Tuesday Photo Challenge – Connect.

I went with the following idea because there’s two types of connection involved.

The first is a channel connecting a marsh to a section of the Last Mountain Lake National Wildlife Area in Saskatchewan, Canada.

The second is the connection between the birds and the photographer. It was a hot summer afternoon and my options were to lie in the hot sun on the edge of the channel or sit in the water with the birds. After I had been sitting in the water for a while the birds got used to me being there and pretty much ignored me. That’s the sort of connection you want, the birds behaving naturally as if you weren’t there.

The reason for me sitting in the water, a flock of American White Pelicans fishing in a channel where a marsh drains into a section of the lake. 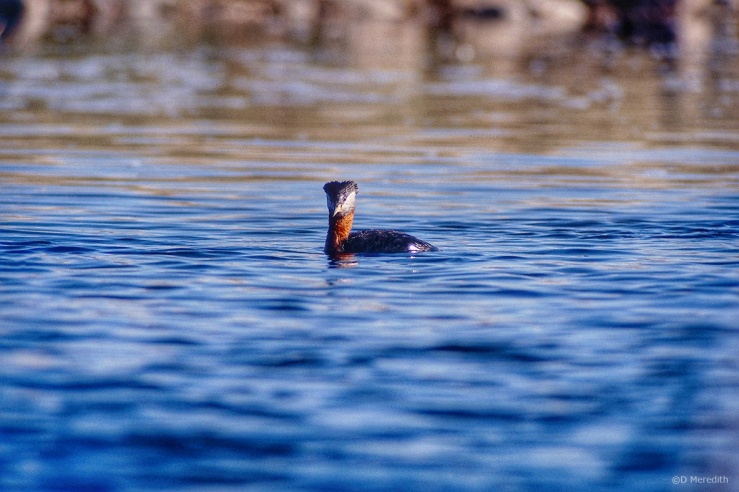 I noticed that I was also sharing the channel with a Red-necked Grebe. 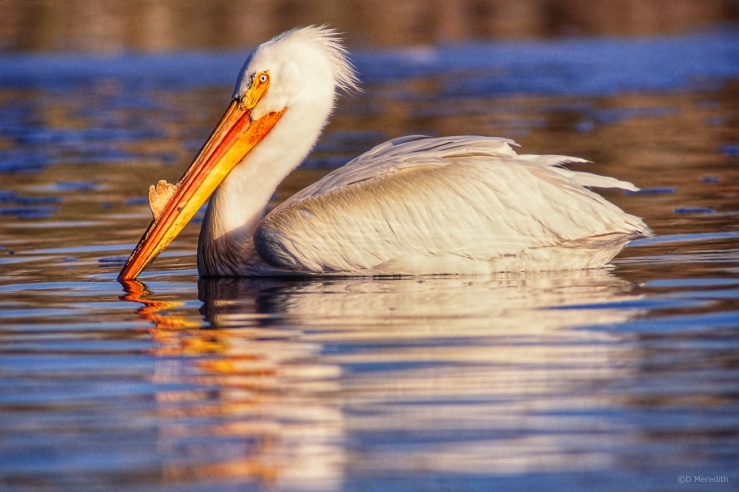 After a while the Pelicans would swim out of the current in the channel and paddle past me back to the start. 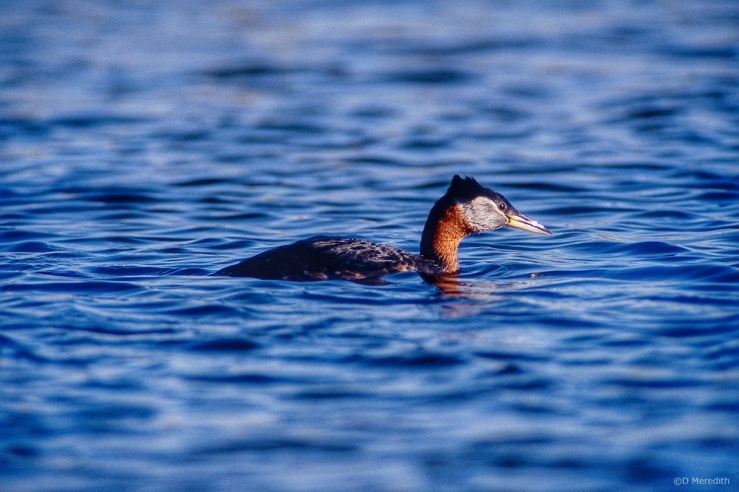 The Grebe also got used to my presence in the water and would surface anywhere around me after a dive.

Sunday morning saw me down at the Colpoy’s Bay shoreline for the sunrise. Three days into spring and it was so cold that I got a second pair of gloves out of the car to go over the thin gloves I use to operate the camera.

This is a contribution to Jez Braithwaite’s Water Water Everywhere #20 Photo Challenge.

That’s ice forming on the rocks along the shoreline.

This is my haphazard contribution to the Lens-Artists Photo Challenge: A River Runs Through It.

I say haphazard because while I have a variety of photos of various rivers I couldn’t come up with a theme so this is a random selection of photos of four different rivers.

This is the range light at the mouth of the Saugeen River where it flows into Lake Huron in Southampton, Ontario.

The River Thames, the Houses of Parliament and Big Ben from the south bank, London, England. 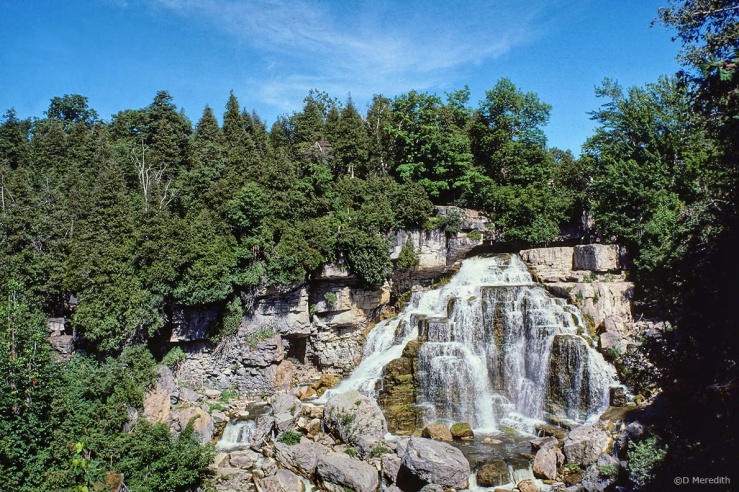 The Sydenham River flows over the Niagara Escarpment at Inglis Falls in Grey County, Ontario.

The River Dee flowing under the Old Dee Bridge at Chester, Cheshire. Originally the site of a Roman bridge this bridge dates back to a major rebuild in 1387.

Monochrome Monday travels back a couple of days to a walk around the neighborhood.

With blue sky and some wispy clouds I thought some of the trees, especially the Paper Birch, could make interesting monochrome conversions if I increased the contrast using a coloured filter during the conversion.

I used a yellow filter to darken the sky for this conversion.

Having spent a lot of my spare time digitising my slide archives over the winter the Cosmic Photo Challenge: Inside was rather well timed.

I now have digital copies of most of the nestbox interiors documenting the nesting cycle of various hole nesting species. So here’s the inside of three different nestboxes and three different species using them.

An adult Eurasian Blue Tit feeding young. The adult has an unidentified insect in its bill. 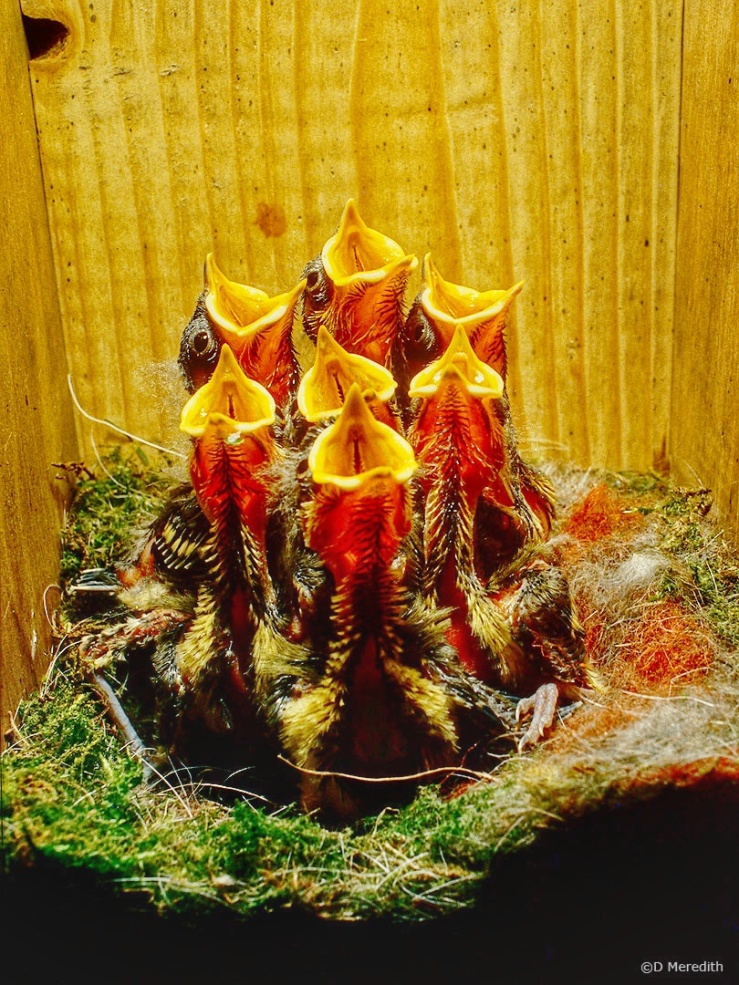 Juvenile Great Tits begging for food having just heard an adult land at the nestbox entrance hole. Occasionally the adults will take a break from the constant feeding to feed themselves and do some feather maintenance. As a result, all the young are hungry when feeding resumes.