This is my day 11 contribution to Becky’s October Squares challenge on the theme of Kind.

Eleven Eurasian Blue Tit in a nestbox. Technically there was eleven young plus the adult but only 10 young are in view.

My Saturday Bird this week is the White-crowned Sparrow (Zonotrichia leucophrys), one of the sparrow species native to North America.

The photo shows an adult in the foreground with an immature bird behind. Photographed on the South Bruce Peninsula, Ontario where they are a passage migrant seen in the spring and autumn.

These birds were on autumn migration, having bred in northern Canada they are on their way to the southern U.S. for the winter. The young bird was hatched from an egg in the summer and is on its first migration.

This is a follow-up of sorts to my Throwback Thursday post yesterday. That showed how cramped it was getting inside this nestbox.

After posting it occurred to me that I should post a photo showing how the adults keep the nest clean. While in the nest the young produce fecal sacs. These are droppings encased in a gelatinous sac allowing the adults to carry it out of the nestbox and drop it some distance away.

The young stick their bottoms in the air as a sign to an adult that they’re about to produce one.

Interestingly, when I captioned the slides in 1987 the reference books I used spelled it as faecal sac but the accepted spelling nowadays is fecal.

Throwback Thursday travels back to Cheshire in the spring of 1987 as I continue the story of the nesting Eurasian Blue Tits. Photographed using a specially constructed nestbox in a Hatherton garden.

The young are almost fully grown and will be leaving the nestbox in a few days. Here one of the adults is about to feed a green caterpillar to one of the young.

Throwback Thursday travels back to a garden shed in Hatherton, Cheshire in the spring of 1987.

I was documenting the nesting cycle of a pair of Eurasian Blue Tits using a specially constructed nestbox built into a garden shed.

At this point all the eggs have hatched but the young are still small and naked. As a result, on cool mornings the female stays on the nest keeping them warm while the male feeds them.

In this photo the female has moved off the nest so that the male can feed a caterpillar to one of the young. 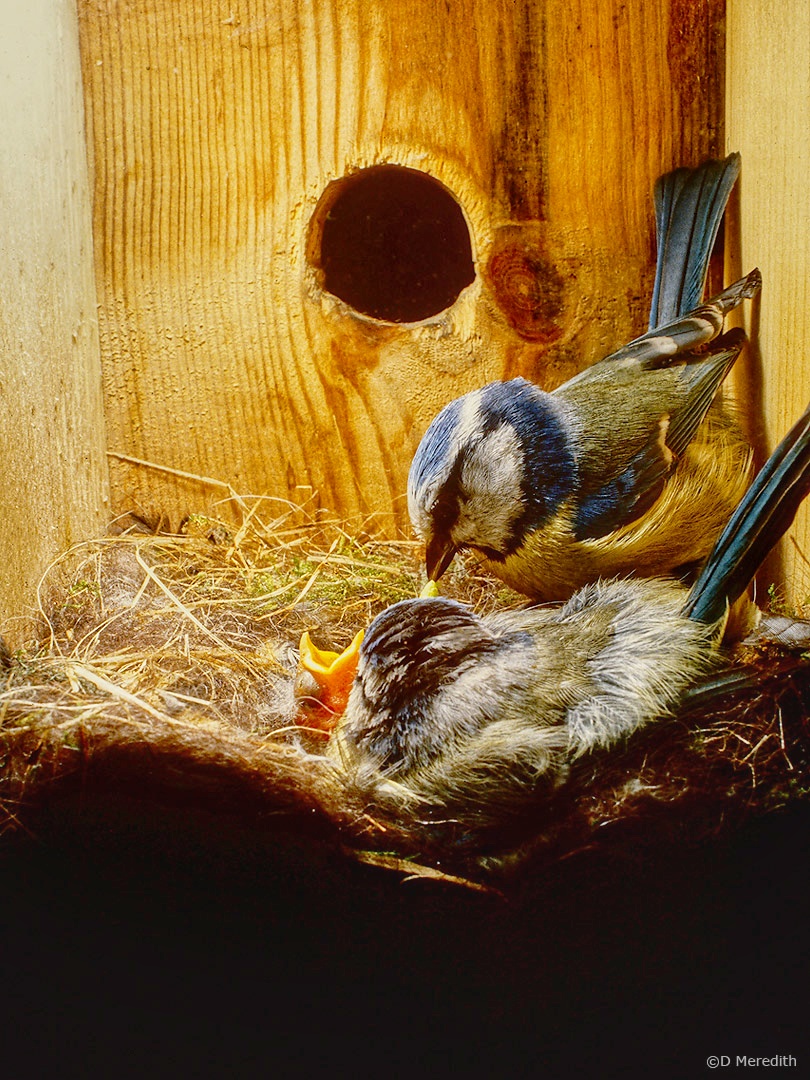 I had a couple of ideas for the challenge. Having started selecting photos featuring two different species I changed my mind and went for photos of two individuals of the same species. 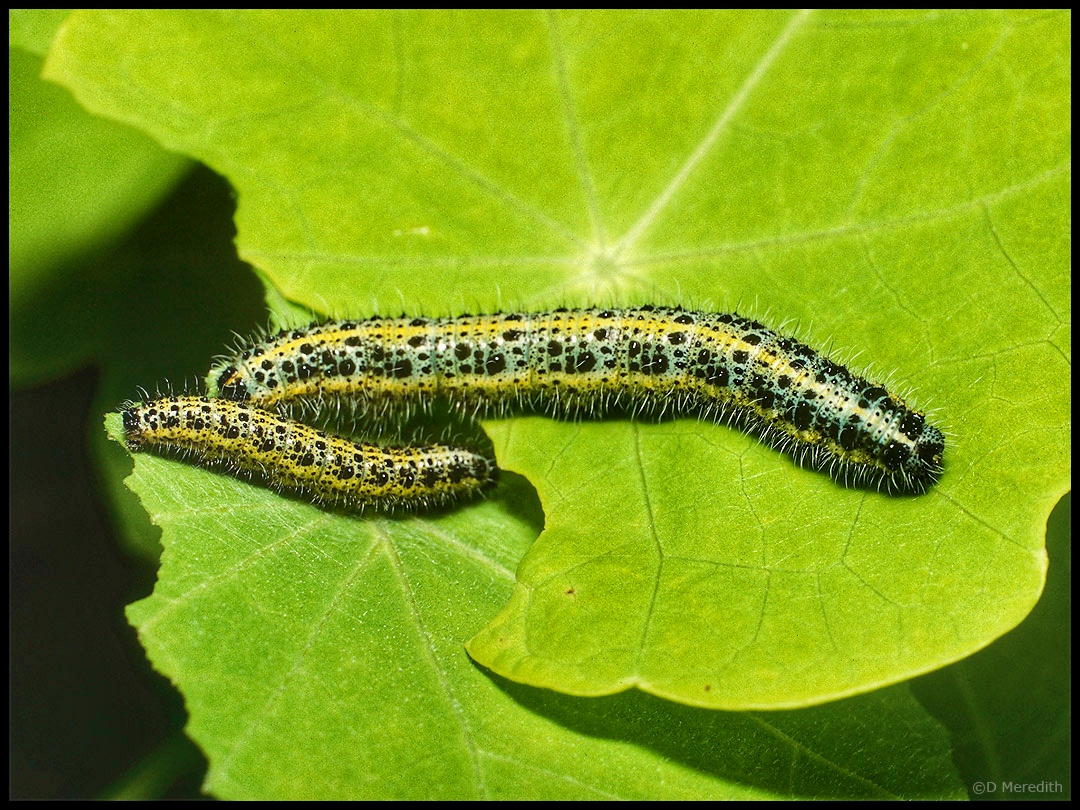 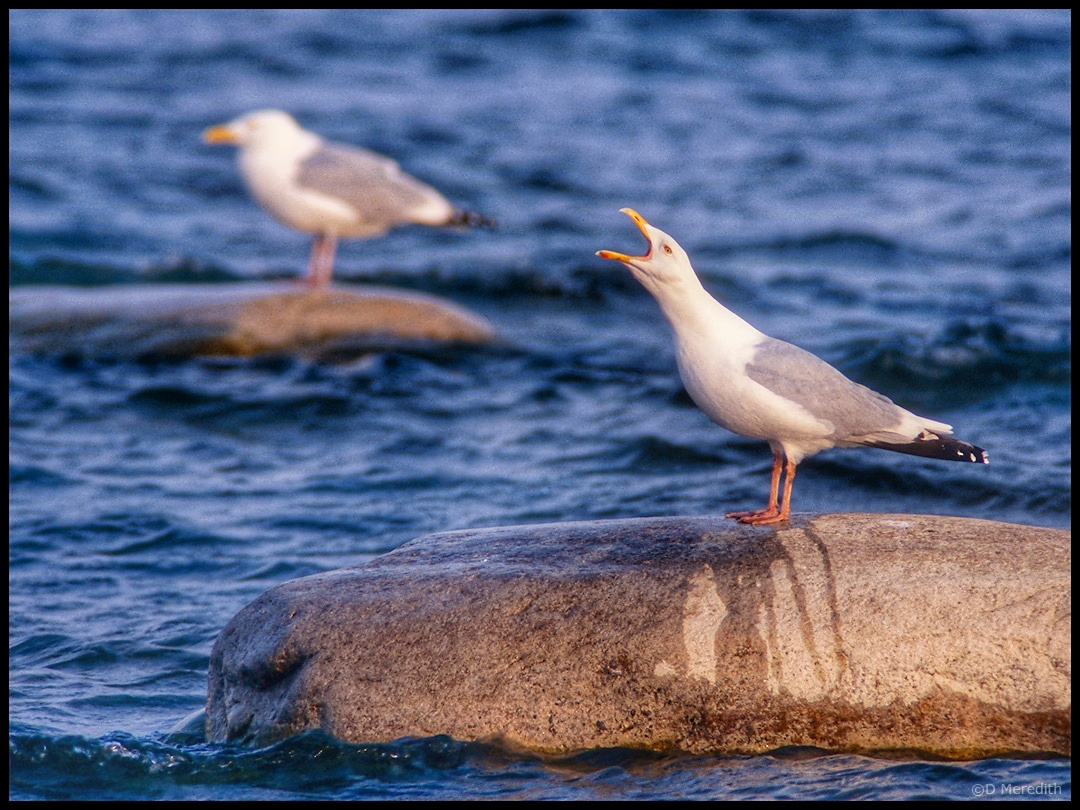 One Herring Gull complains about something while being ignored by the second bird. Photographed on the Lake Huron shoreline in Southampton, Ontario, Canada.

Adult and immature White-crowned Sparrows on the South Bruce Peninsula during autumn migration. The adult will have made the long distance migration before but it’s the first time for the immature bird which hatched from an egg on the tundra of arctic Canada in the summer.

I had a variety of ideas for a post when I read the Weekly Prompts challenge Grey.

They all revolved around one photo I thought of when I read the prompt so it was a matter of finding a theme to build a post around.

This is the photo that came to mind when I read the prompt. An immature Grey Heron in fog, or Grey in grey as I have thought of the shot since taking it. The fog was so thick it took me a while to focus on the bird. Taken on a reservoir in south Cheshire, England as are the other photos.

The black and white pattern of feathers on the top and back of the birds head mean that this is an adult Grey Heron.

Another immature Grey Heron in some interesting light. This time on the remains of a tree in the reservoir which only became visible when the water level was low.