Throwback Thursday is traveling back to the summer of 1985.

I spent part of that summer in Ontario shooting travel and nature for two British photo agencies. This is a sunset seen from the dock in Big Bay. Close to the dock there’s a general store that sold (and still sells as far as I know) homemade ice cream. I was eating rum and raisin ice cream while photographing the setting sun.

It was this image of a wave on the Georgian Bay shoreline taken at sunrise. The colour original on Kodachrome has been giving me grief since I did the first scan of it. Multiple scans and copies later it’s still giving me grief. If I get the colour of the wave looking correct the stones look wrong and vice versa. So I decided to try a selective colour treatment, converting most of the image to monochrome apart from a handful of the pebbles.

A different wave from the same location. I did a straight monochrome conversion of this shot trying to maintain the sense of movement in the water.

This is my contribution for day 22 of Becky’s October Squares: Lines photo challenge.

Lines in the fossil of a seashell. Found and photographed on the South Bruce Peninsula, hundreds of miles from the nearest salt water.

This is my contribution to Cee’s Fun Foto Challenge: Circles, Curves and Arches.

An Eastern Garter Snake curves in the grass while swallowing a Northern Leopard Frog. 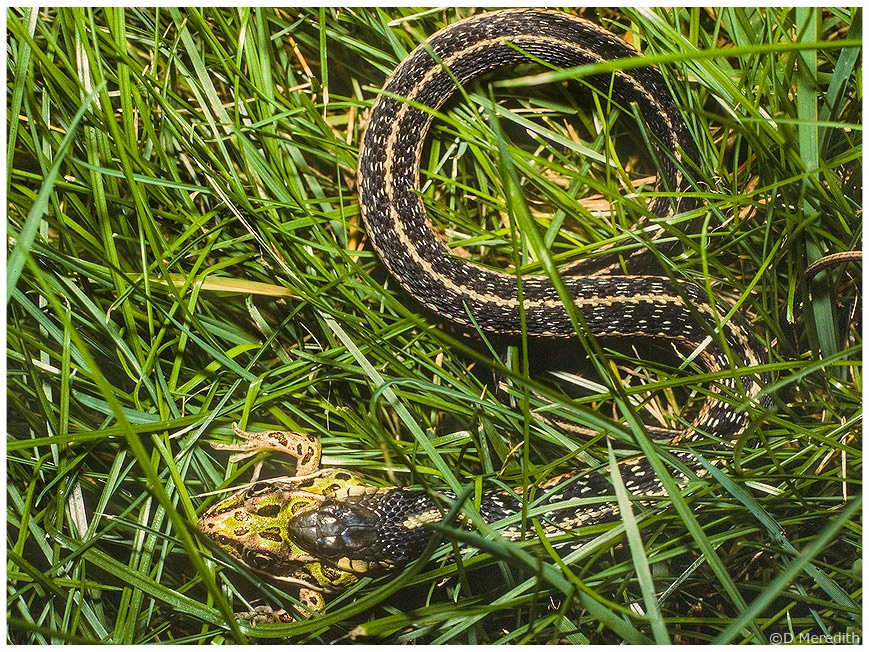 This is my contribution to the Lens-Artists Photo Challenge: Pick a Place.

Having moved around the U.K. and Canada over the decades I had quite a few ideas for the challenge. It was my recent One Word Sunday: Luck that made me think of the summer of 1985.

I spent part of that summer living in southern Ontario. All the photos are from that summer.

The sun sets behind the Niagara Escarpment at Big Bay. Taken while standing on the dock eating a Rum and Raisin ice cream made in the Big Bay General Store.

The Cape Croker lighthouse on the Georgian Bay shoreline.

An interesting eroded rock on the Georgian Bay shoreline. 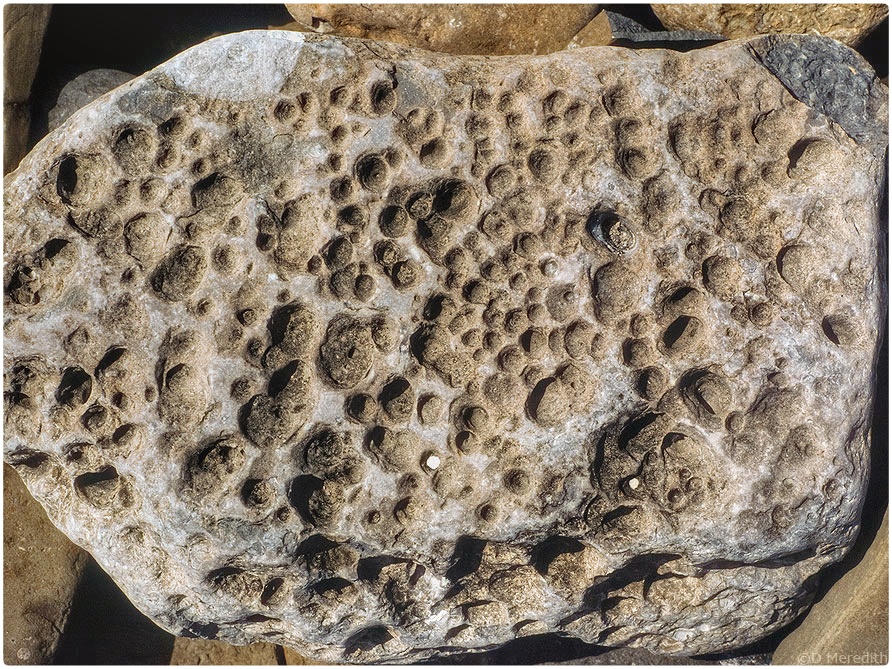 A monochrome study of a section of the Georgian Bay shoreline at Cape Croker.

An Eastern Garter Snake twisted in the grass eating a Northern Leopard Frog.

I had a few ideas for the One Word Sunday challenge Luck.

Some lucky wildlife encounters, some lucky weather conditions. Then I remembered this shot. Taken in the late summer of 1985 after spending part of the summer in southern Ontario shooting wildlife, landscape and travel photos for photo libraries.

I wasn’t expecting anything of this shot, or the others from the evening. I was simply using up the roll of Kodachrome in the camera prior to taking all my exposed film to the Kodachrome lab in Toronto the next day. In the end it was included in a set of shots in a photography magazine that published a portfolio of my work a couple of years later.

A section of the Georgian Bay shoreline at dusk. 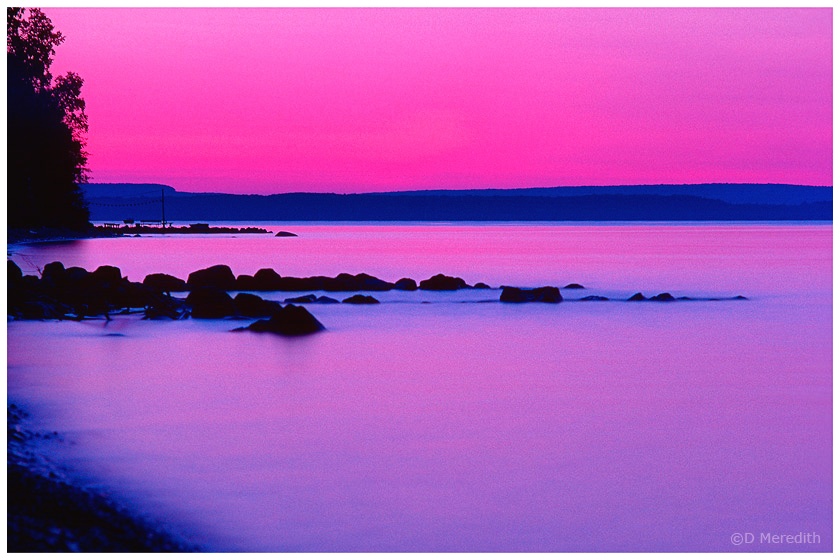 This is my contribution to the Tuesday Photo Challenge – Sculpture.

I gave the challenge a sideways look and decided to go with a natural sculpture and a manmade sculpture that wasn’t planned as a sculpture.

An interesting weathered rock on the Georgian Bay shoreline.

The remains of wood piles sticking out of Colpoy’s Bay.