This is my contribution to the Weekly Prompts: Bird Feeders challenge.

First, I should admit that I have a love/hate feelings towards bird feeders. If I am living somewhere suitable for bird feeders there’s always some out. But for at least a decade, possibly two decades, I avoided photographing birds on feeders. That was due to getting frustrated with editors always picking the photo of a bird on a feeder over the same species in a natural setting.

An early photo of a leucistic juvenile Great Spotted Woodpecker on a feeder. Published in a bird watching magazine to illustrate an article on feeding the birds with no mention of the leucistic plumage.

Another early photo, a male Eurasian Siskin on a feeder. A published photo where the editor ignored shots of the same bird in the tree with a natural background.

Fast forward 20+ years and there’s a male Black-throated Blue Warbler coming to eat the grape jelly in an Oriole feeder. Forget the rule about no photos of birds on feeders, I want a record of the behaviour.

Finally, a White-breasted Nuthatch hanging upside down on a suet feeder a couple of years ago.

One photo immediately came to mind when I read the Weekly Prompts: Unusual prompt.

It was this photo of a leucistic juvenile Great Spotted Woodpecker. Leucism is a lack of dark pigmentation making the affected species look a little like an albino. The pale brown areas on the birds head would normally be black. 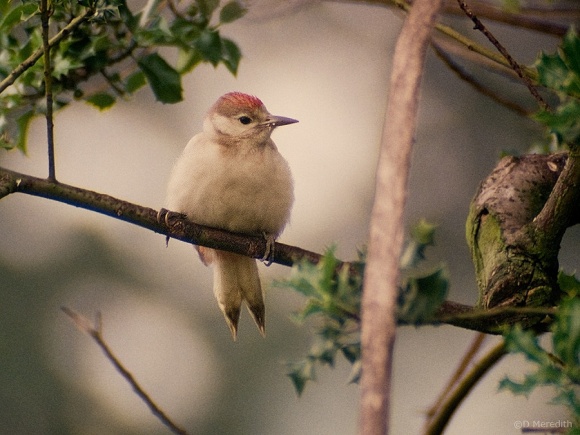 Then I thought about this photo. It shows a male Black-throated Blue Warbler pretending it’s an Oriole by eating the grape jelly in an Oriole feeder. As a member of the Wood Warbler family, or New World Warbler family depending on which reference you use, it normally feeds on insects.

This is a male Black-throated Blue Warbler pretending it’s a Baltimore Oriole by eating the grape jelly in an Oriole feeder. Photographed in the spring on the South Bruce Peninsula. It fed and rested for a couple of days before moving on. 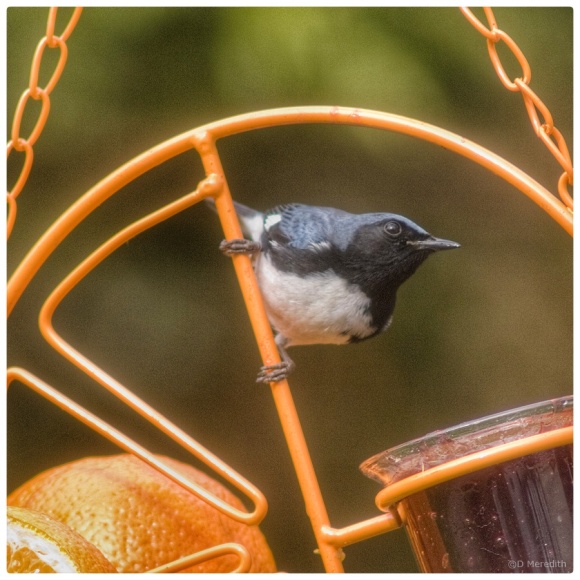 A selection of bird species with Black in their common English names for the Weekly Prompts Photo Challenge: Black.

A Black Tern feeding over a roadside marsh in Saskatchewan, Canada.

A female Blackcap feeding on a windfall apple in the winter in Cheshire, England. Female Blackcaps have brown caps. 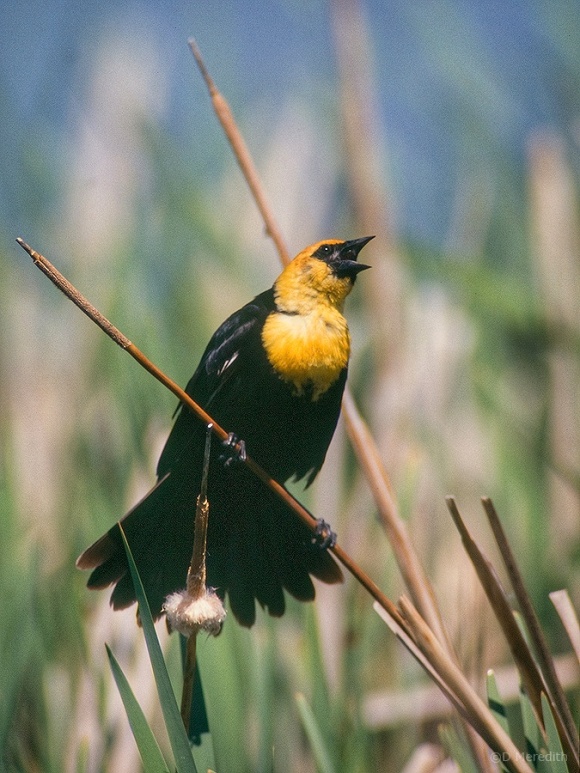 A male Common Blackbird eating a windfall apple in the winter in Cheshire, England.

A male Black-throated Blue Warbler pretending it’s an Oriole by eating the grape jelly in an Oriole feeder. Ontario, Canada.

A male Red-winged Blackbird proclaiming its territory in Saskatchewan, Canada.

My contribution to the Squares and Circles A Photo a Week Challenge.

I was having some trouble with the squares part of challenge until I thought about some of the bird feeders made out of square mesh. Then I remembered the circular Oriole feeder we got last year.

A leucistic juvenile Great Spotted Woodpecker feeding on a square suet feeder made of square mesh. Leucistic means that the bird lacks dark pigmentation, what should be black is light brown on this bird. The shot was published in a magazinea decade or so ago.

A male Eurasian Siskin eating peanuts out of a circular, square mesh feeder. This shot was published in a magazine a couple of decades ago.

A male Baltimore Oriole feeding on grape jelly out of a circular bowl in a circular feeder.

A male Black-throated Blue Warbler pretending it’s an Oriole by eating grape jelly out of a circular Oriole feeder.

My initial idea was for the various caterpillars, spiders and assorted other insects being fed to young birds by their parents.

Then it occurred to me just how many shots of birds and mammals feeding I had in my archives. So I decided to expand on the original idea with a selection of six different feeding behaviours.

First, an American Red Squirrel feeding on seed in the grass in Ontario, Canada.

A Bohemian Waxwing eating a berry at -30°C in Saskatchewan, Canada. 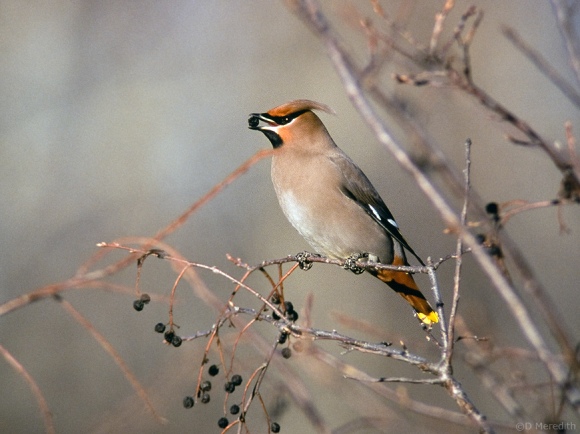 A Black-throated Blue Warbler pretending it’s an Oriole by feeding on the grape jelly in an Oriole feeder in Ontario, Canada.

An American White Pelican with a large fish in its pouch in Saskatchewan, Canada.

Finally, an adult Great Crested Grebe feeding one of its own breast feathers to its young in Cheshire, England.

A bit of an odd one from me this week for a couple of reasons.

Firstly, I have been avoiding photographing birds on feeders for years, or more probably, decades. I got tired of editors picking a bird on a feeder over other shots of the same species in natural settings.

Secondly, this is unusual behavior, which is why I photographed it. A grab shot after I got home Friday afternoon. The bird has been back regularly over the weekend but I haven’t had chance for a second attempt at a better shot.

The photo shows a male Black-throated Blue Warbler coming to the Grape jelly in an Oriole feeder. It didn’t do it once, the bird has been coming to the feeder regularly for three days now.

I submitted a report of the bird and its behavior, including the photo below to one of the Ontario bird sightings websites. The report is being ignored as far as I can tell.