This is my day 19 contribution to Becky’s April Squares on the theme of Bright.

Canada Day fireworks lighting up the evening sky and the water of Colpoy’s Bay, Ontario, Canada.

Lighting Up the evening sky.

This is my day 14 contribution to Becky’s January Squares on the theme of Up.

Canada Day fireworks lighting Up the evening sky over Bluewater Park on the South Bruce Peninsula, Ontario from across Colpoy’s Bay.

This is my contribution to the Friendly Friday Photo Challenge: Summer Traditions.

I had a couple of ideas for the challenge before thinking of the traditional Canada Day fireworks. I don’t know where or if there will be fireworks on Canada Day this year so here’s a look back at some from previous years.

As the 1st July fell within the week of this challenge I delayed posting until Canada Day. 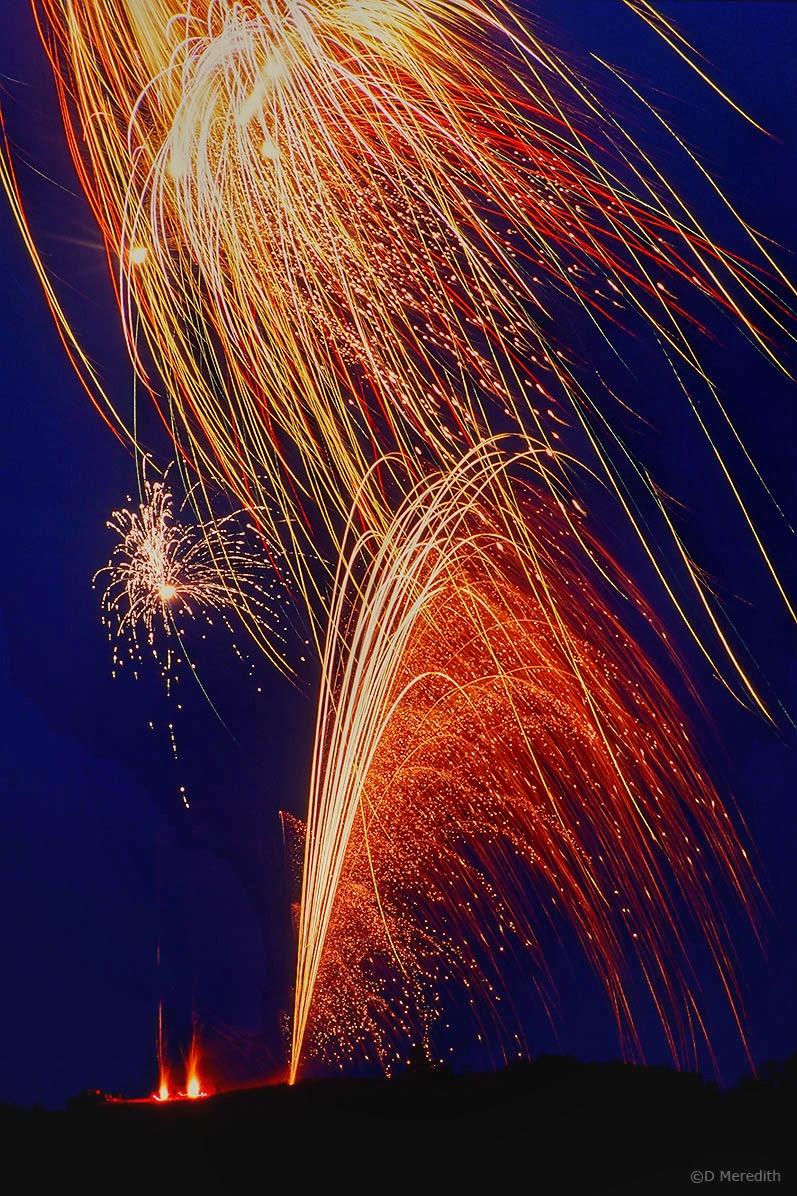 Canada Day fireworks on Monument Hill in the village of Punnichy, Saskatchewan.

This is my contribution to the A Photo a Week Challenge: Light and Dark.

The prompt got me thinking about some of the nighttime photos from my film archives that I started digitising last winter. 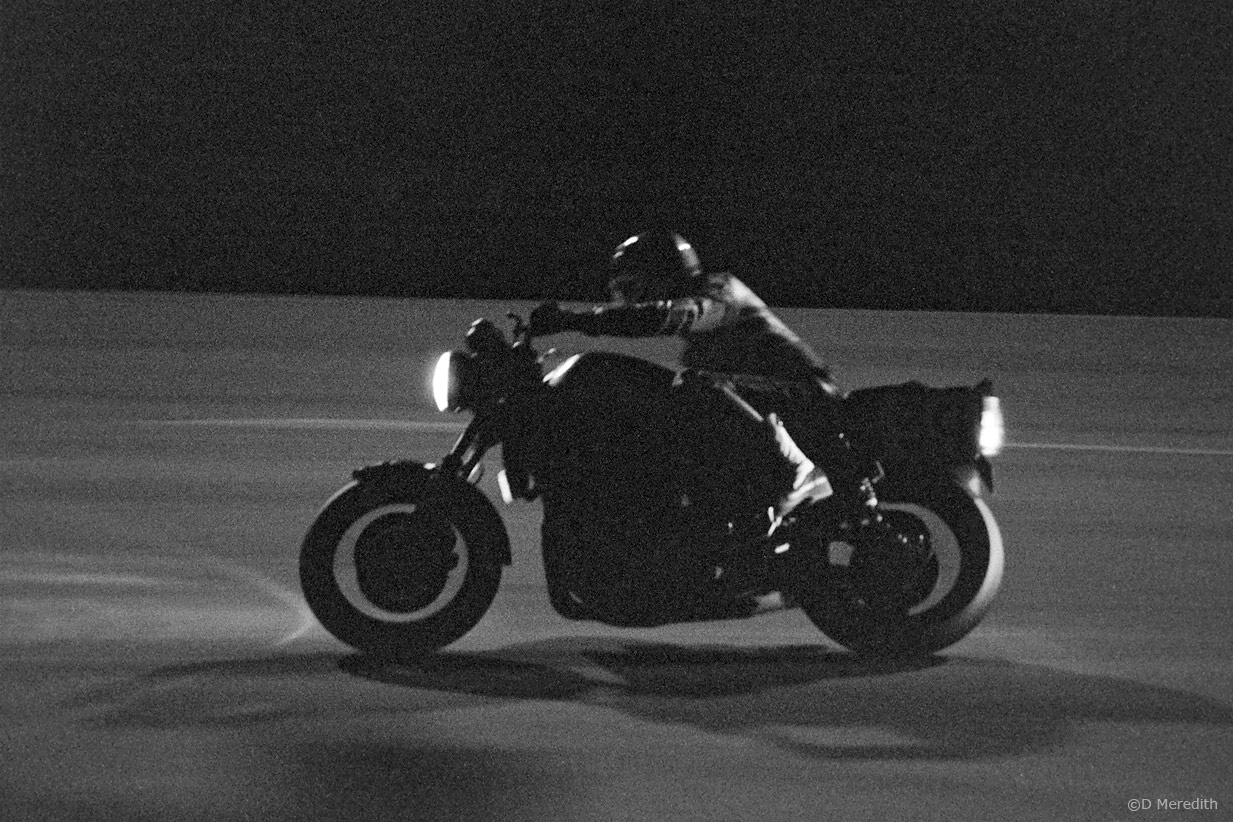 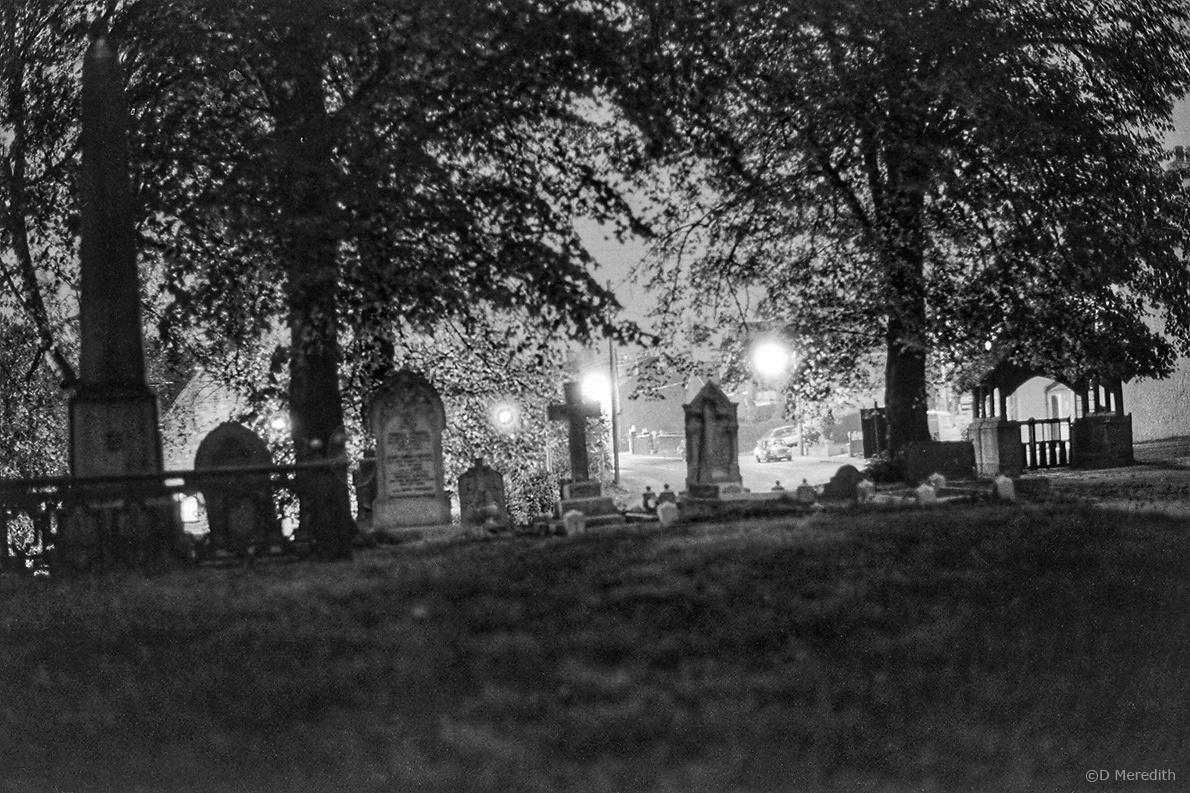 The Wybunbury, Cheshire churchyard at night. Taken in the late 1970s for an art school project although I have long forgotten what the brief was.

This is my contribution to Nancy’s A Photo a Week Challenge: Up In The Air.

The prompt got me thinking about the times I have pointed the camera upwards to photograph clouds. Sometimes I leave a small strip of the landscape in to give the photo a sense of scale.

A section of Last Mountain Lake, Saskatchewan, Canada at sunset in the autumn. 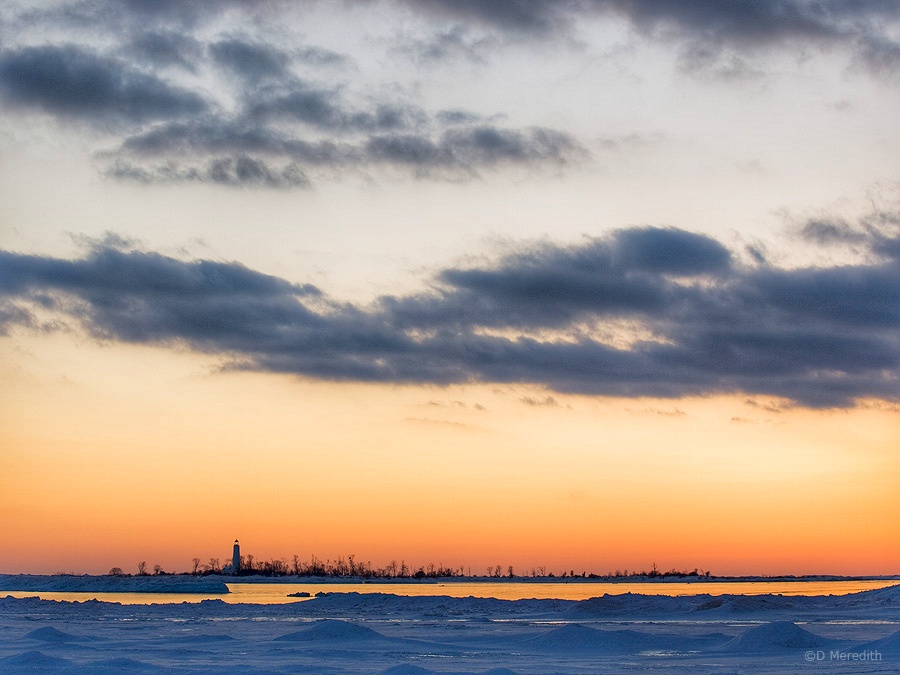 A frozen and partially snow covered Lake Huron at sunset with Chantry Island and its lighthouse on the horizon. Southampton, Ontario, Canada.

Canada Day fireworks in the town of Wiarton from across Colpoy’s Bay on the South Bruce Peninsula, Ontario, Canada. 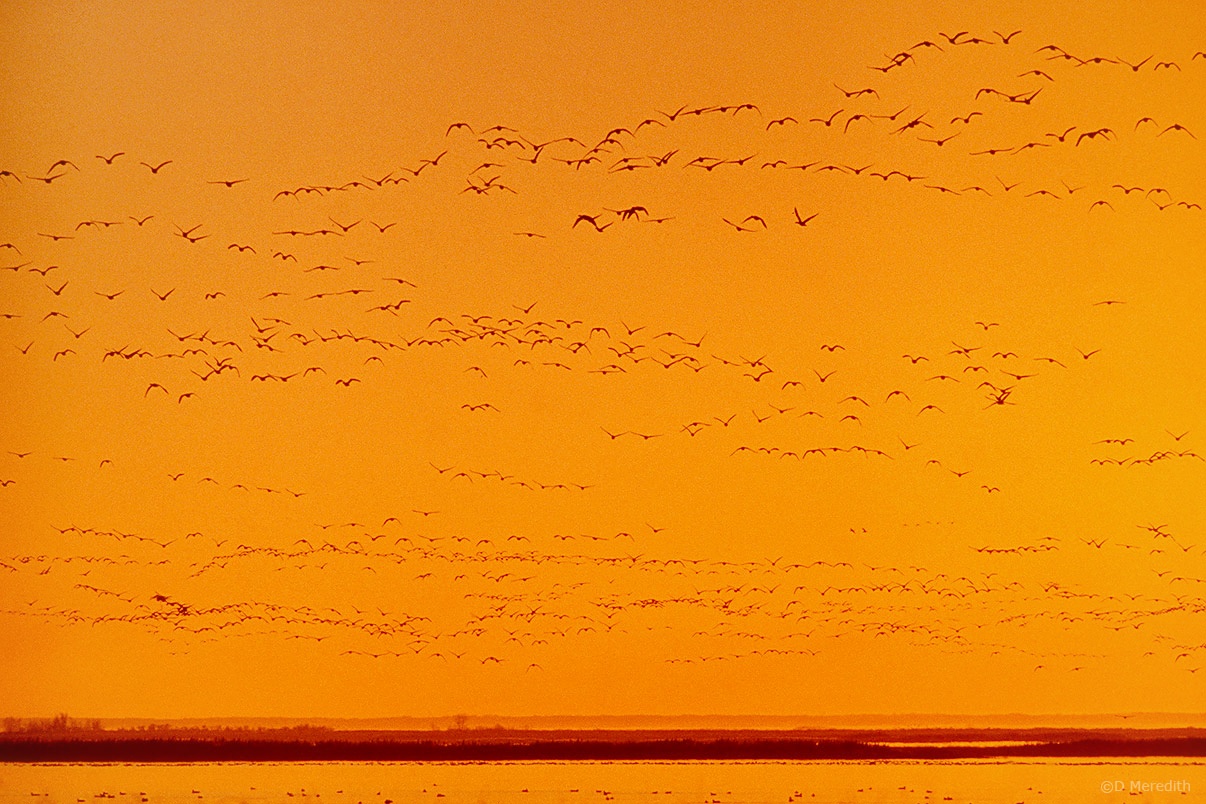 The first thought that came to mind when I read the Weekly Prompts: Celebration challenge was fireworks, more specifically Canada Day fireworks.

I suspect they came to mind because this winter I have been digitizing my slide archives and have recently made digital copies of two sets of Canada Day firework photos.

The 2007 Canada Day fireworks on the Lake Huron shoreline in Southampton, Ontario.

A contribution to Jez Braithwaite’s Fan Of… #54 challenge and a ramble about some of the Olympus cameras I have used over the years. 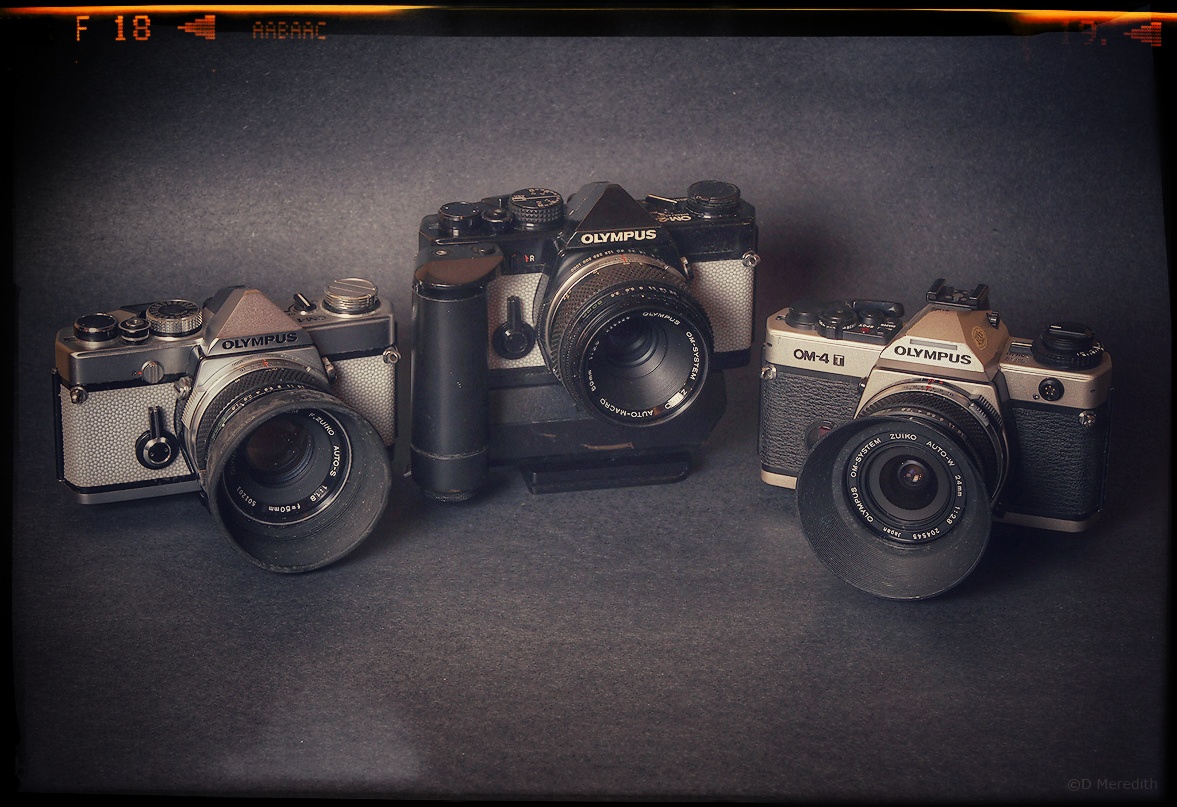 A trio of my Olympus OM system cameras, fom left to right, my OM1 from 1976, my first OM2N from 1981 and my OM4T from 1998. I gave the photo an old fashioned film look with Snapseed as it seemed appropriate.

An early photo taken with the OM1 in late 1976 or early in 1977. Trees in the snow, Hatherton, Cheshire. I had previously taken a very similar shot with my Zenit E camera but something happened to the negatives so I had to reshoot the scene the next time there was snow.

One of the last shots I took using the OM system. Canada Day fireworks on the Lake Huron shoreline in Southampton, Ontario on Canada Day 2007. Taken with a telephoto lens from nearly a mile away.

44 years of Olympus cameras. The back row consists of the three OM system cameras in the first photo. The front row is, on the left, my E-410 from 2007 and on the right my OM-D E-M10 Mark II from last year. The photo was given a Polaroid type border with Snapseed.

The fourth shot taken with the Olympus E-410. The Lake Huron shoreline in Southampton at sunrise. The range light at the mouth of the Saugeen River is also visible in the Canada Day fireworks photo above. 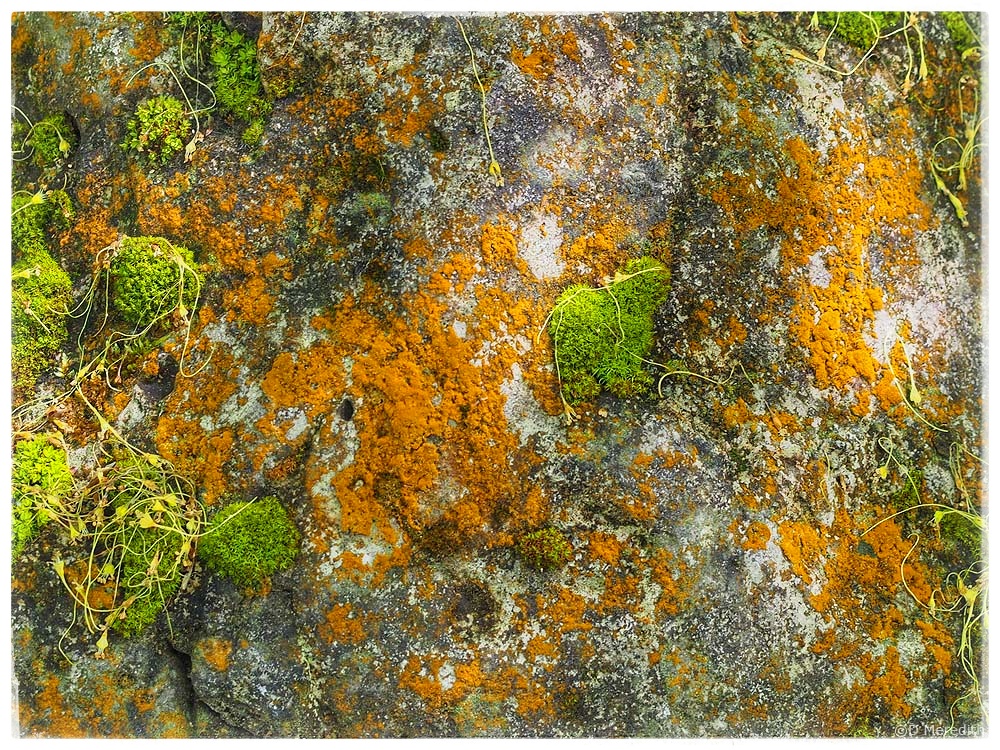 The sixth shot taken with the OM-D E-M10 Mark II. I was still on crutches after my accident and had only been out of rehab for about a week. One of the few photos taken with the kit lens that came with the camera.