This is my contribution to Cee’s On the Hunt for Joy Challenge: Week 15 – Change Your Lightbulbs.

I seem to have photographed a variety of electronic light sources over the past few months so here’s a small selection. 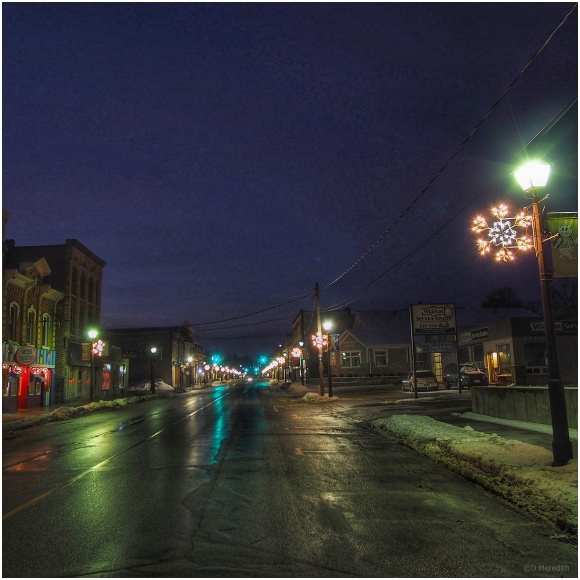 A variety of lightbulbs illuminating Berford Street, Wiarton on the South Bruce Peninsula shortly before Christmas.

A desk lamp bulb and reflector with Photoshop filters applied to the photo.

A small flashlight clipped to the shoulder strap of a camera bag. 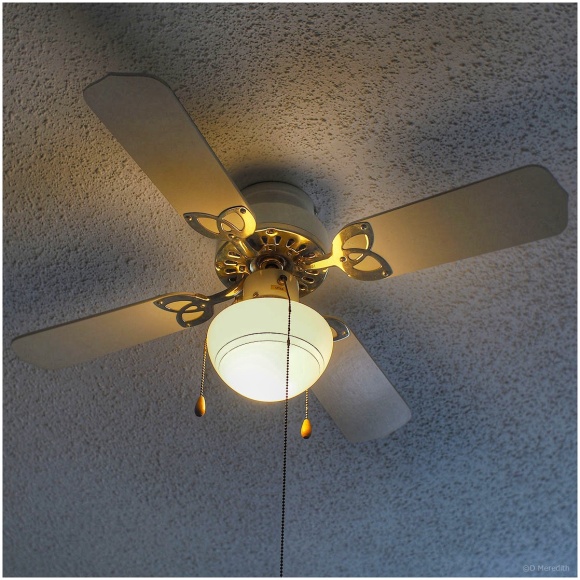 A ceiling light and fan.

This is my contribution to Nancy’s A Photo a Week Challenge: Light the Night.

When I read the prompt a photo from late last year came to mind, a twilight street scene with a crescent moon in the sky. The moon in that photo made me think of some of my other photos featuring the moon so here’s a small selection.

The moon rises behind an Oak tree in Hatherton, Cheshire, England.

This is my contribution to the Weekly Prompts: The Street challenge.

It occurred to me when I was considering the prompt that I seem to have taken photos on the main street in the local town quite a few times since last summer. As a result I decided to go with a selection of shots taken on Berford Street in Wiarton on the South Bruce Peninsula, Ontario, Canada.

Looking north early on a Sunday morning in the summer. Berford Street is actually Highway 6 that heads up to Tobermory at the tip of the Bruce Peninsula. It’s normally busy with tourists in the summer as there’s a ferry across Lake Huron that sails from Tobermory.

A similar view looking north before the start of the Wiarton Santa Claus parade in December. 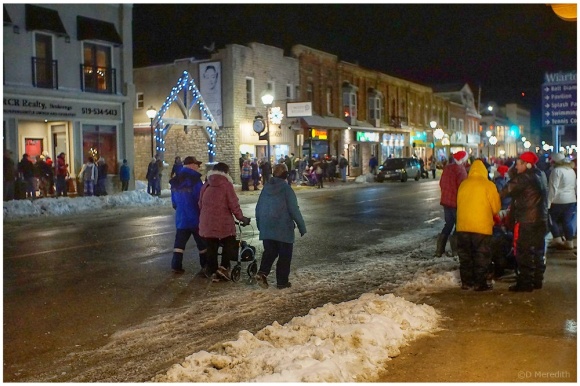 The Pacific Hotel on the corner of Berford Street and William Street in the autumn. The slightly run down appearance of the buildings and the storm clouds sum up my feelings for the town at times.

Finally, looking south down the street at the various Christmas lights in December. I thought the wet highway reflecting the lights added to the scene.

The latest Cosmic Photo Challenge prompt is rather long and Outer Cold, Inner Warmth: The Comforts in Your Life was giving me a problem coming up with a theme for the challenge.

After a couple of false starts I decided to go with a couple of photos taken when it was cold outside and one takes indoors in the warmth over the recent Christmas break.

I will start of on the Colpoy’s Bay shoreline at sunrise the morning after the winter solstice..

Christmas lights on a window with more lights in the warm and comfortable living room beyond.

Some Viennese Shortcakes on a table in the warmth of the living room. 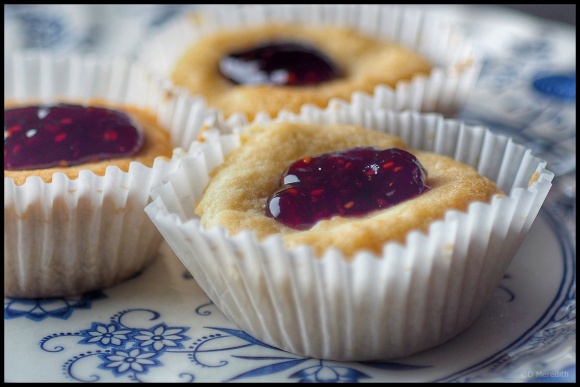 This is my contribution to day five of Becky’s January Squares: Light photo challenge.

This is Berford Street in Wiarton on the South Bruce Peninsula, Ontario, Canada approximately 45 minutes before sunrise just before Christmas. There’s quite a few different light sources with the various lights down the street.

I thought that I should use my Christmas lights square early in the month before we get to far from Christmas. 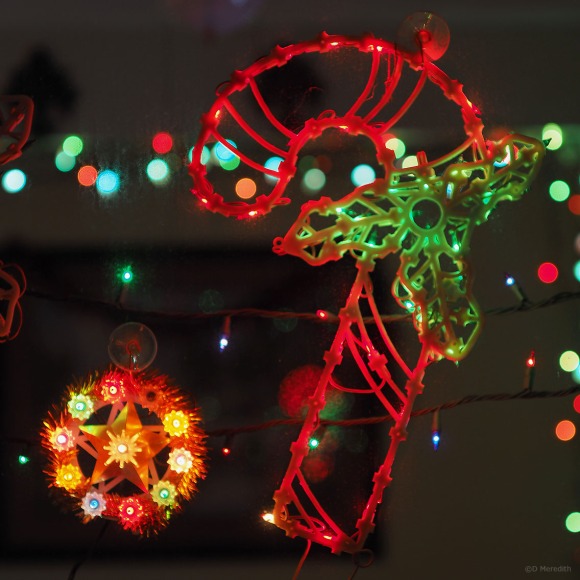 This is my contribution to the Cosmic Photo Challenge: Show Us Your Christmas.

The photos start several weeks before Christmas with a fire truck near the start of the Wiarton Santa Claus parade on the South Bruce Peninsula early in December.

Some of the Christmas lights in a window at home with out of focus lights in the room beyond the window.

Some Christmas baking, Viennese Shortcakes made with my mother’s recipe from the 1970s.

Christmas lights on Berford Street in Wiarton on the South Bruce Peninsula. 44 minutes before sunrise and a short detour when I was heading down to the Colpoy’s Bay shoreline for the sunrise.

Christmas Eve sunrise over Colpoy’s Bay and the Niagara Escarpment.