This is my day 23 contribution to Becky’s October Squares challenge on the theme of Kind.

This is my contribution to the Lens-Artists Photo Challenge: Negative Space prompt.

The prompt started me thinking about some of the photos of plants and flowers I have taken using various fast portrait lenses this summer.

That started me thinking about my use of negative space in some of my bird photography.

This week Throwback Thursday is traveling back 13 years to August 2007.

This is a female Common Merganser with young on Lake Huron near the Long Dock in Southampton, Ontario, Canada. This was a very late brood, the young wouldn’t have long to grow and prepare to head south for the winter.

This is my day 24 contribution to Becky’s July Squares on the theme of Perspective and another of my eye level perspective series.

This is a female Wilson’s Phalarope feeding on a section of the Middle Quill Lake shoreline in Saskatchewan, Canada. To get down to eye level with the bird I was lying in sand mixed with duck and goose poop. 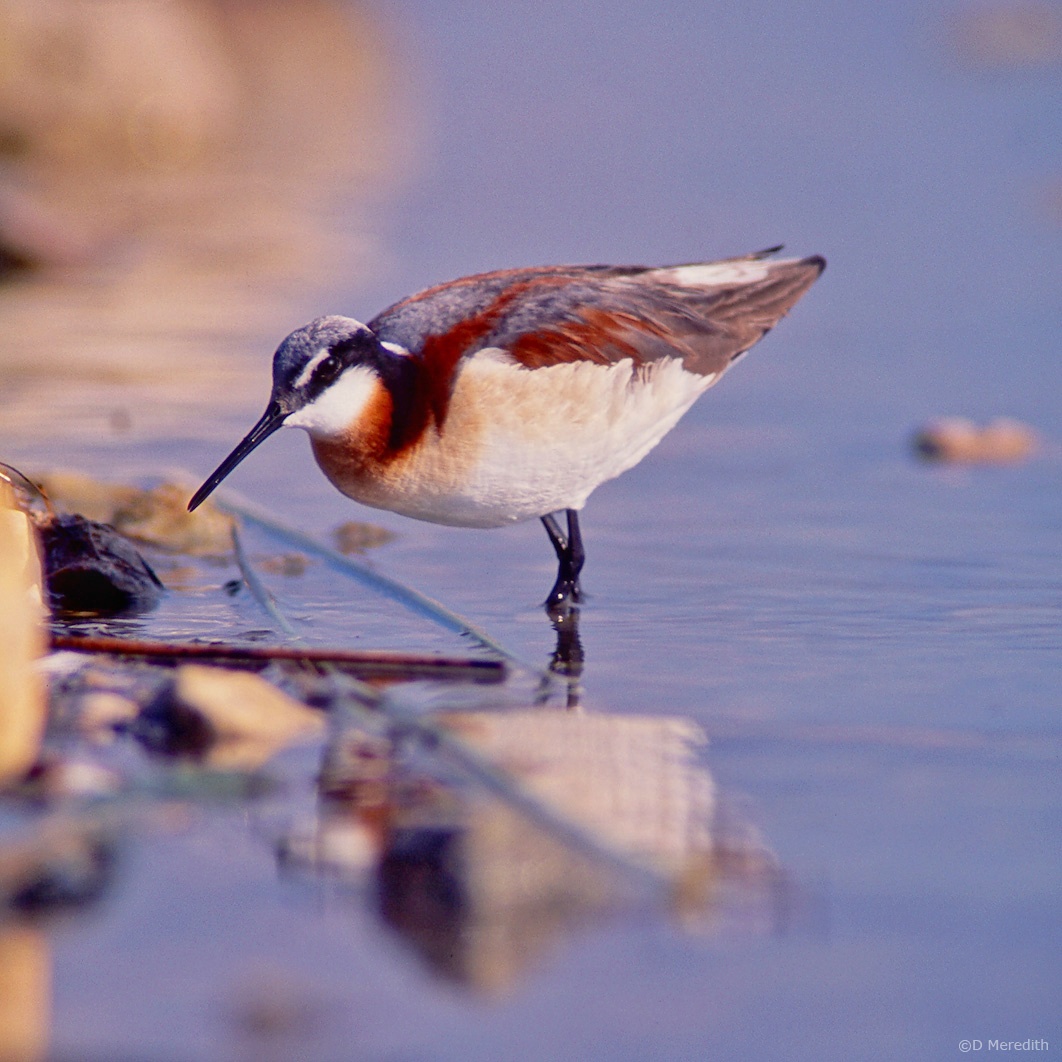 Throwback Thursday travels back to Cheshire in the mid 1990s.

Taken with the Olympus OM Zuiko 350mm lens, not normally an insect lens. I used it because these Demoiselle were several feet from the edge of the inlet. I used a long forgotten mix of extension tubes and teleconverter to get the magnification and close focusing I needed. 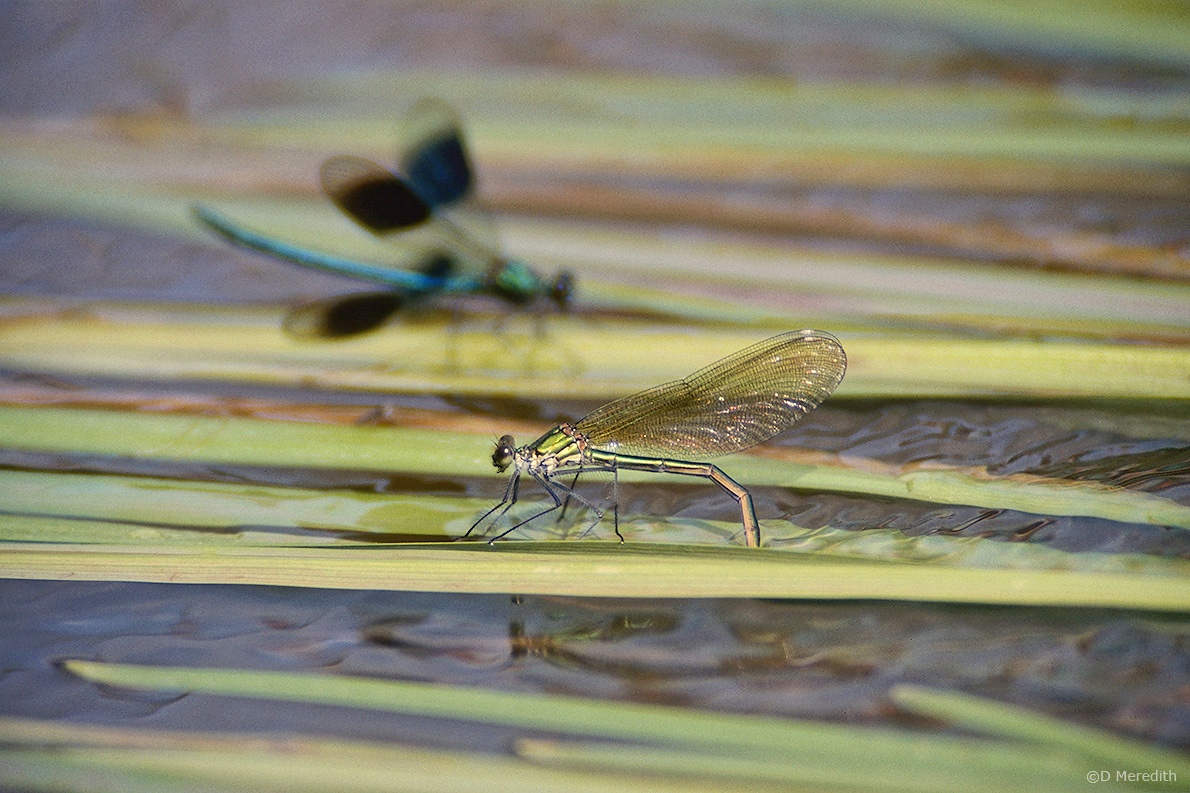 This is my contribution to the One Word Sunday prompt Inspiration.

Having started digitising my slide archives last winter I found quite a few “birds in their habitat” shots. A type of image I like but never seem to shoot nowadays.

However, having rediscovered these old film shots I’m inspired to start looking for these type of images again. 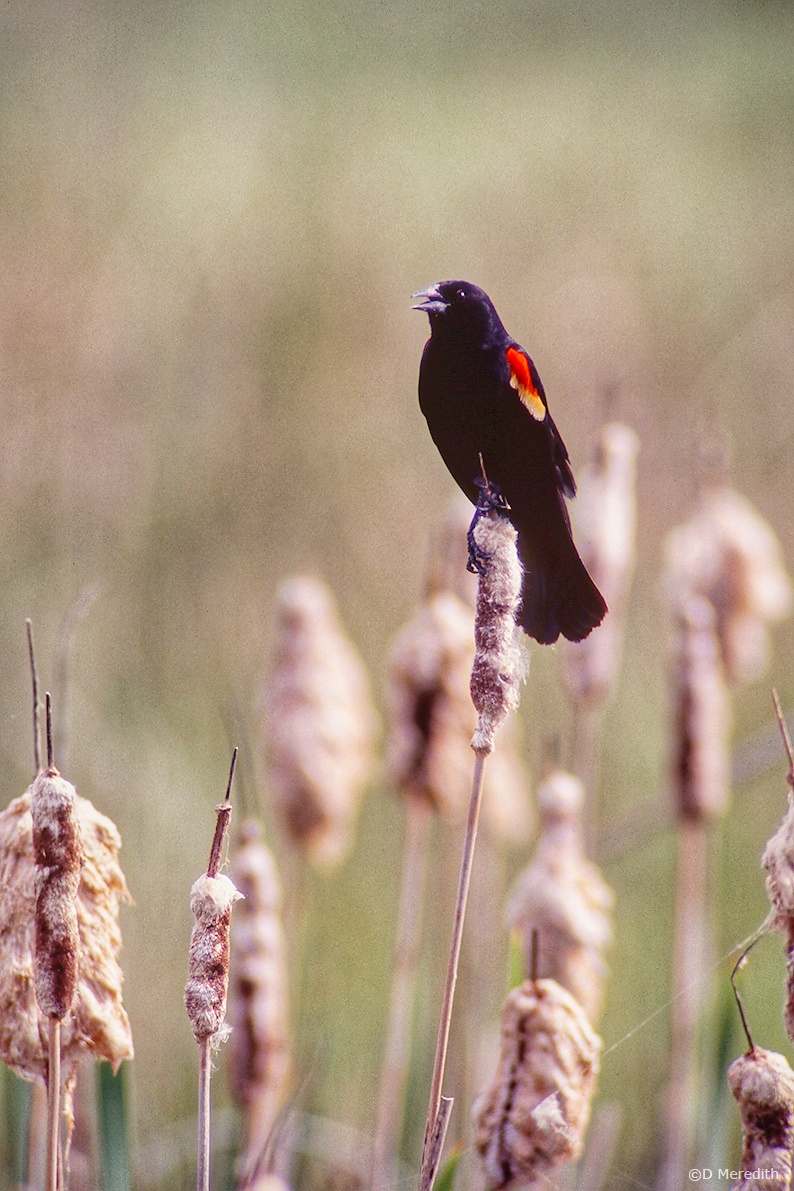 A male Red-winged Blackbird singing to proclaim his territory in Saskatchewan, Canada. 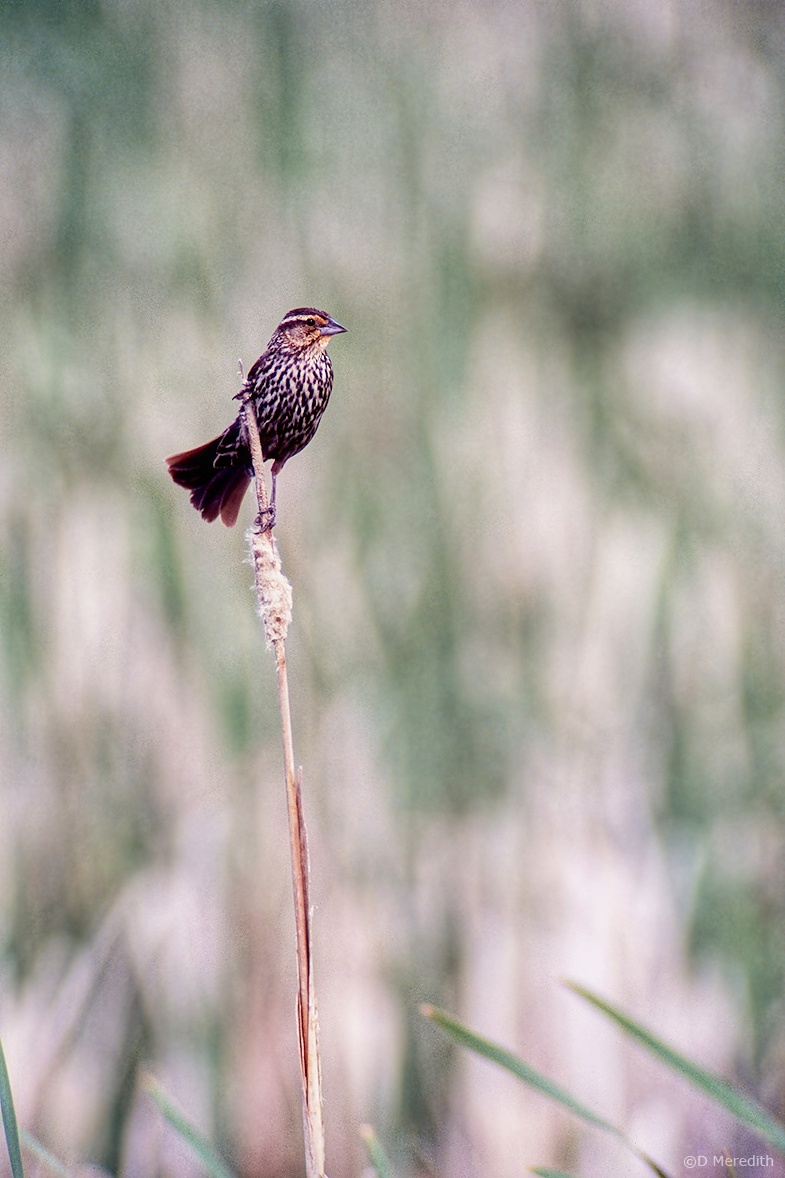 A female Red-winged Blackbird in its habitat in Saskatchewan, Canada.

This is my day 11 contribution to Becky’s April Squares: Top photo challenge.

This one will need some explaining. These are Wilson’s Phalaropes feeding on Middle Quill Lake, Saskatchewan, Canada. One of the three species that make up the Phalarope family of birds.

Phalaropes are waders (known as shorebirds in North America) with a couple of interesting features. One of their feeding techniques is to spin in circles when swimming. It’s unusual enough for a wader species to swim let alone spin in circles. The reason for the spinning is that it stirs up the water and mud on the bottom to bring food to the surface.

The other interesting feature of Phalaropes is that the females have the brighter, more impressive plumage while the males are duller. In this photo it’s a colourful female in front and a duller male behind. The reason for this is because once the female has laid her eggs she clears off, leaving the more camouflaged male to incubate the eggs and raise the young. 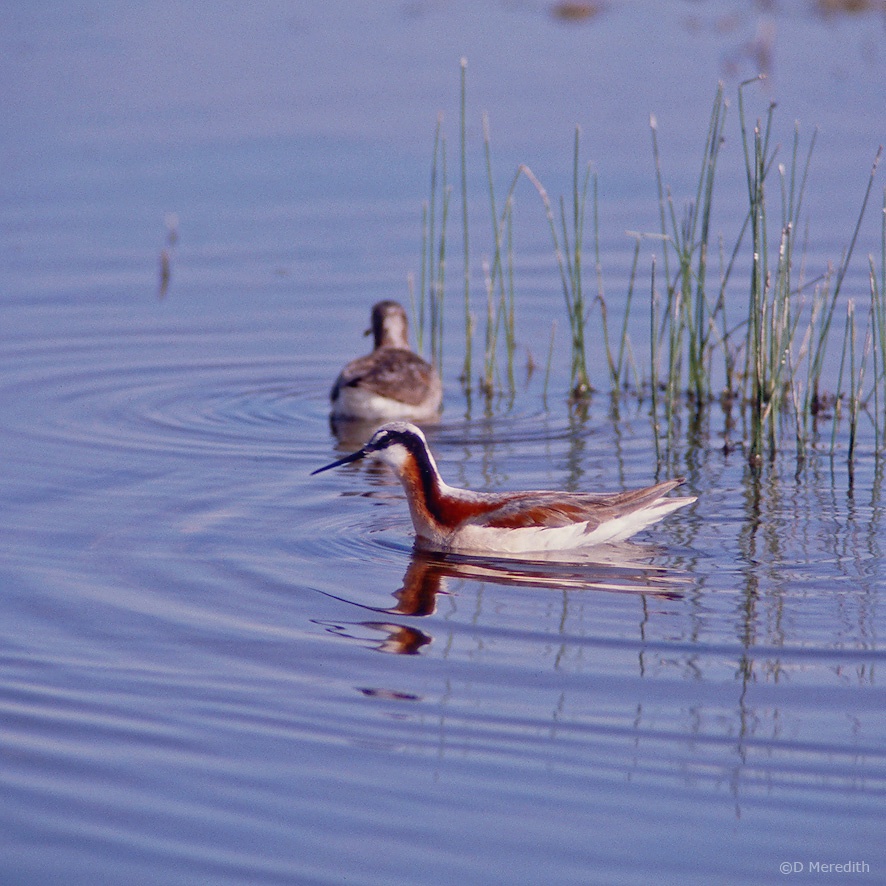