This is my contribution to Jez Braithwaite’s Water Water Everywhere #27 Photo Challenge.

I had a couple of ideas for the challenge. Having started selecting photos featuring two different species I changed my mind and went for photos of two individuals of the same species. 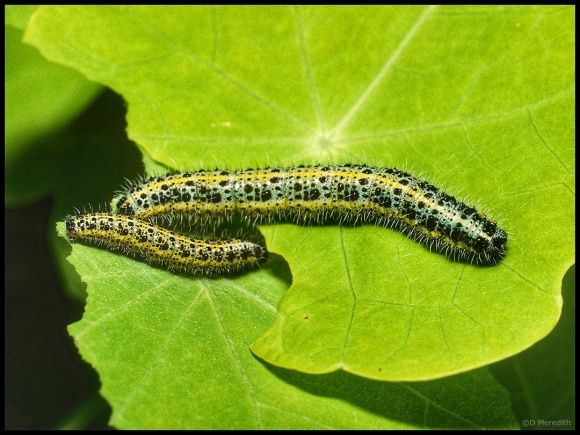 One Herring Gull complains about something while being ignored by the second bird. Photographed on the Lake Huron shoreline in Southampton, Ontario, Canada. 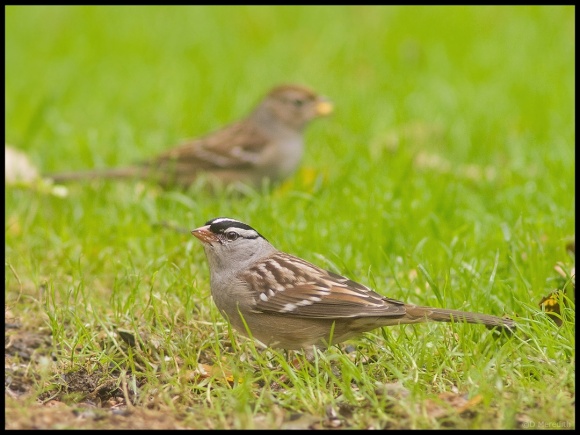 Adult and immature White-crowned Sparrows on the South Bruce Peninsula during autumn migration. The adult will have made the long distance migration before but it’s the first time for the immature bird which hatched from an egg on the tundra of arctic Canada in the summer.

This is my contribution to Cee’s Fun Foto Challenge: 2 Items or the Number Two.

Having rather a long list of photos to pick from I decided to limit myself to eight photos.

Two tree trunks in the snow on the South Bruce Peninsula, Ontario, Canada. 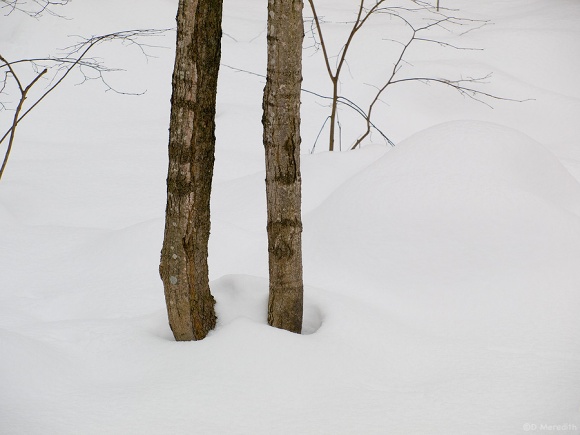 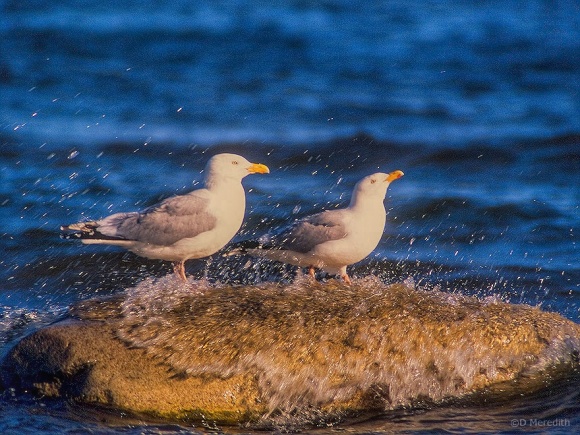 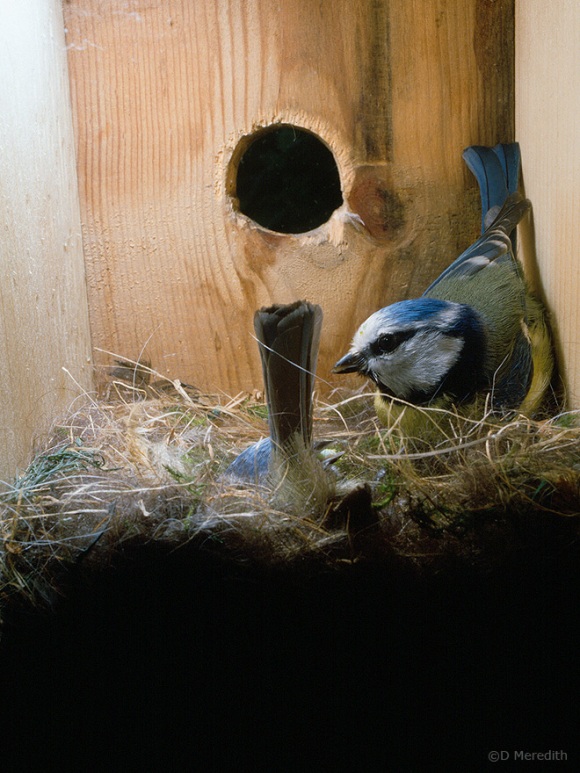 Two Banded Demoselles, the female is egg laying with the male in the background, Cheshire, England.

Two American Avocets feeding on a slough in Saskatchewan, Canada. 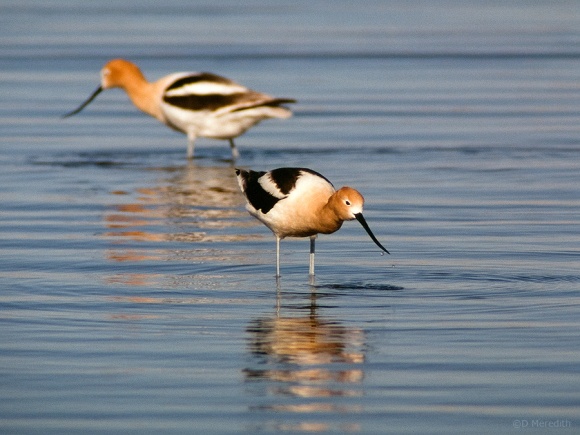 An oiled immature American Herring Gull on the Lake Huron shoreline in Southampton, Ontario, Canada. Not the first oiled bird I have seen around Lake Huron.

Except that in the end it wasn’t food in the way I was expecting it to be.

I had a dozen ideas for the challenge, none of which I was particularly happy with. I then remembered this incident and decided to tell a bit of a story.

The first photo shows a Herring Gull standing over a fish covered in sand on the Lake Huron shoreline in Southampton, Ontario. After a while the Herring Gull lost interest in the fish and left it lying on the sand. It was still lying there when I packed the camera away and headed home. But that is the end of the story.

The story begins when an Osprey patrolling the Lake Huron shallows dives in and catches a fish. This is witnessed by various Herring Gulls who then start harassing the Osprey trying to get it to drop the fish. In this photo an immature Herring Gull is coming in from the side of the Osprey in an attempt to steal the fish. 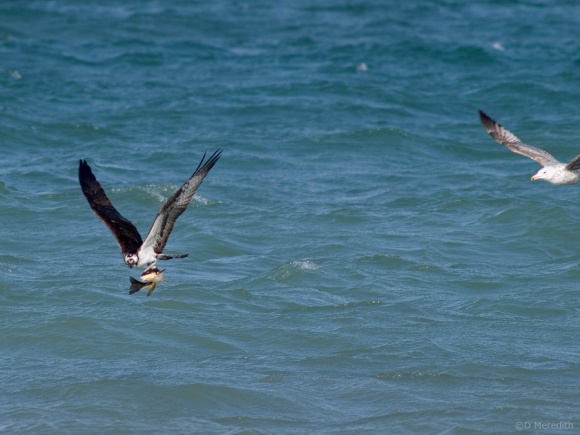 Eventually the Osprey is forced to drop the fish. It lands on the shoreline where an adult Herring Gull claims the fish to pick at it briefly before losing interest. 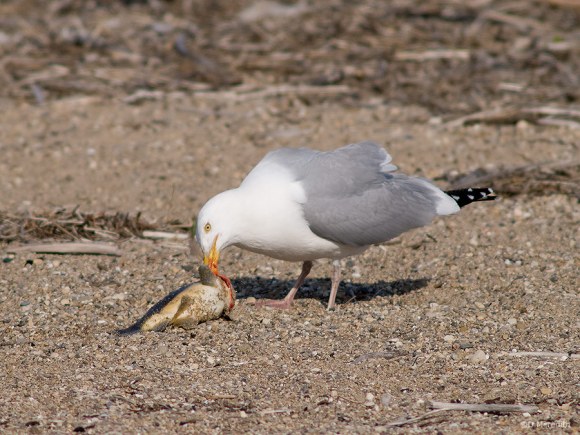 An American Herring Gull eating a dead fish. Or a Herring Gull or a Smithsonian Gull depending on the source you refer to.

Taken last Sunday morning on a visit to the Lake Huron shoreline in Southampton, Ontario.

The status of various Herring Gull subspecies seems to change almost daily. I have photos of the nominate species and two subspecies from the U.K. Or I did when I captioned the photos. One of the subspecies is now classified as a separate species, the Yellow-legged Gull, by some authorities.