This is my day 30 contribution to Becky’s April Squares on the theme of Bright.

A big thank you to Becky for an entertaining month of Bright Squares.

This is my contribution to the Friendly Friday Photo Challenge: Nighttime.

I decided to go with a random selection of nighttime photos covering over 40 years.

Wybunbury churchyard at night looking out onto the main road through the village. Part of an art school project in the late 1970s.

Moonrise through an Oak tree in Hatherton, Cheshire. I’m not sure when this photo was taken, it’s possible that I was still in high school.

Snow and hoarfrost covered farmland by moonlight. Photographed near Punnichy, Saskatchewan in the late 1990s.

Night racing during the Le Mans 24 hour motorcycle race in France in 1982.

Stars over Colpoy’s Bay and the Niagara Escarpment a month ago. I forgot to change the alarm when the clocks went ahead in the spring so was down on the shoreline an hour and a half before sunrise.

This is my contribution to Nancy’s A Photo a Week Challenge: Light the Night.

When I read the prompt a photo from late last year came to mind, a twilight street scene with a crescent moon in the sky. The moon in that photo made me think of some of my other photos featuring the moon so here’s a small selection. 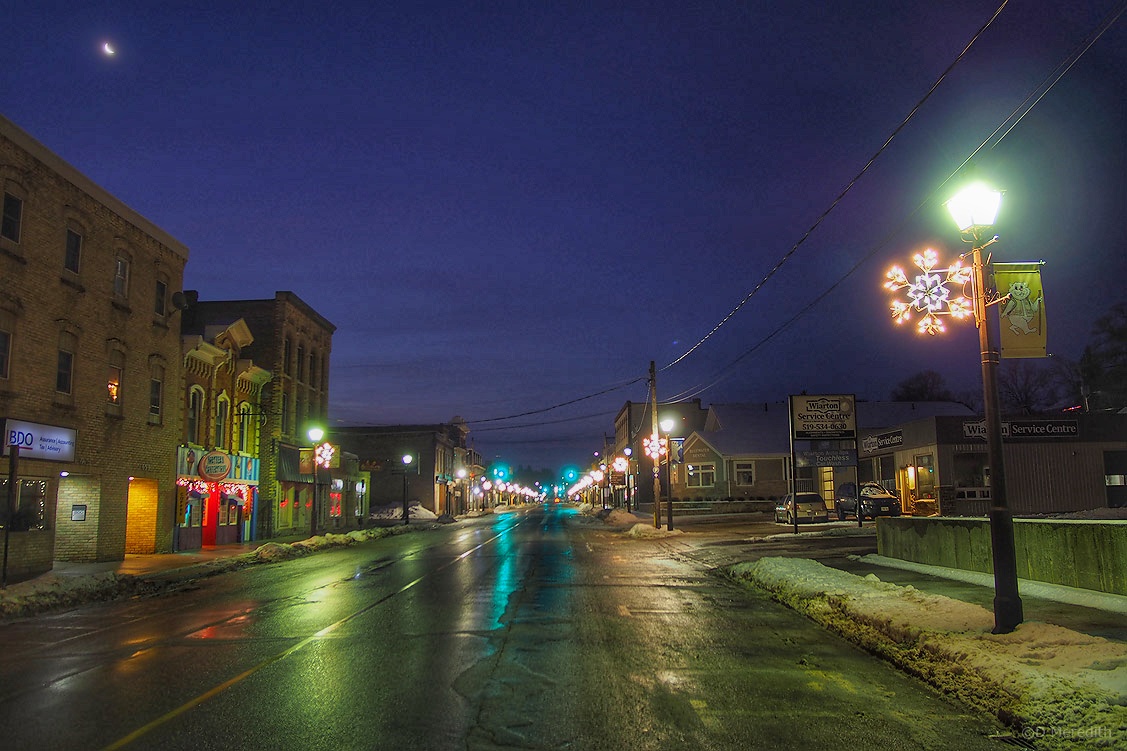 The moon rises behind an Oak tree in Hatherton, Cheshire, England.

This is my contribution for day 10 of Becky’s January Squares: Light photo challenge.

Snow and hoarfrost covered prairie near Punnichy, Saskatchewan at moonrise. 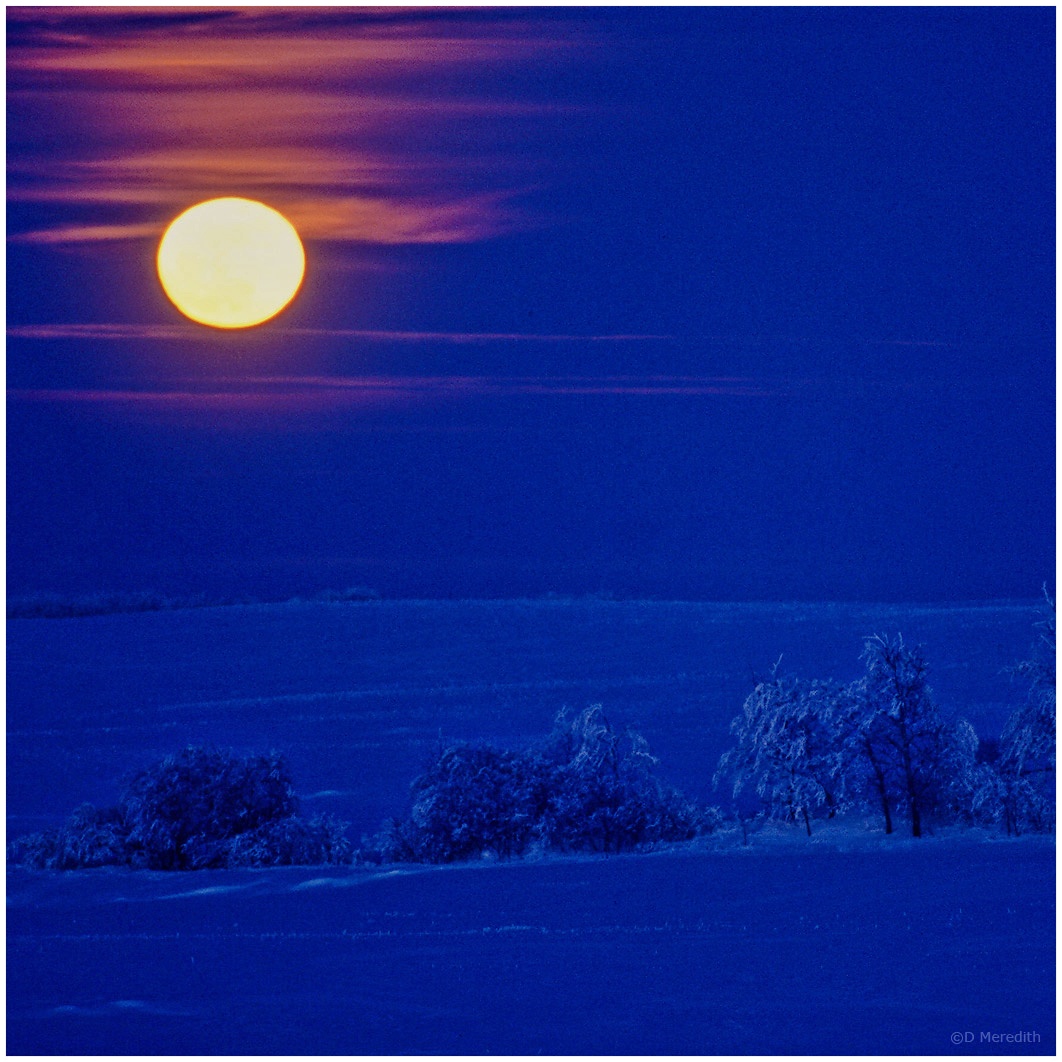 This is my contribution to the Cosmic Photo Challenge: What Dreams May Come.

A recent sunrise over Colpoy’s Bay and the Niagara Escarpment. Taken with a fisheye lens the horizontal field of view is approximately 130 degrees, much wider than the human eye can take in. Yes that is snow and ice on the distorted shoreline in the foreground. 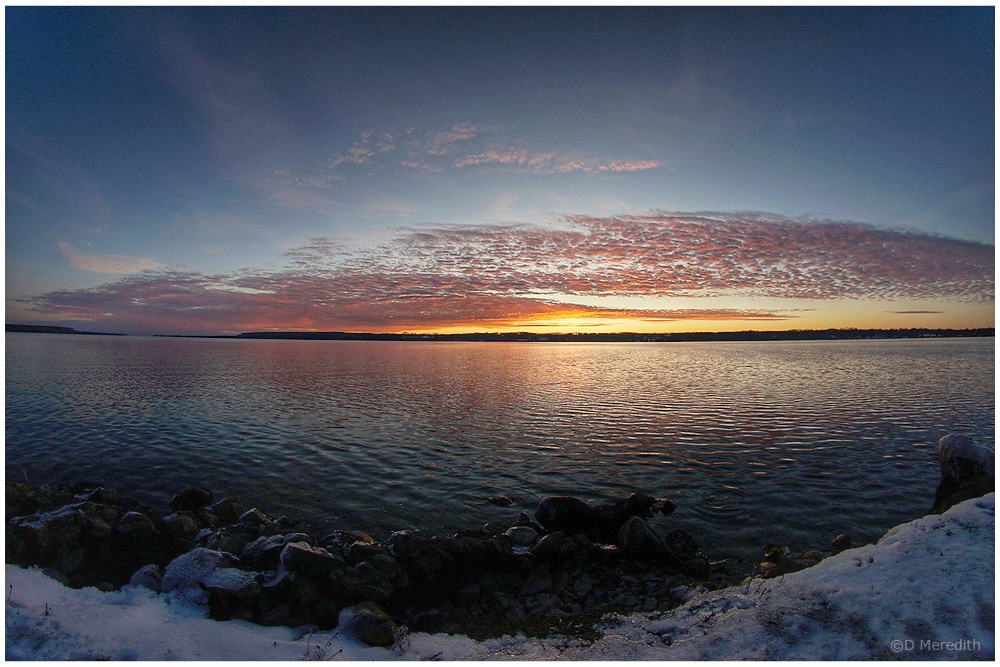 An even more distorted image. Trees in winter distorted by the fisheye lens and by motion blur created by vertically panning the camera during exposure.

Now for an opposite approach, isolating sections of the landscape with a long telephoto. This is a combination of two photos of the same group of trees taken less than 24 hours apart. The trees were first photographed at sunrise while I was scouting for a location for the the full moon rising that evening. The moon rise is over laid on the sunrise. 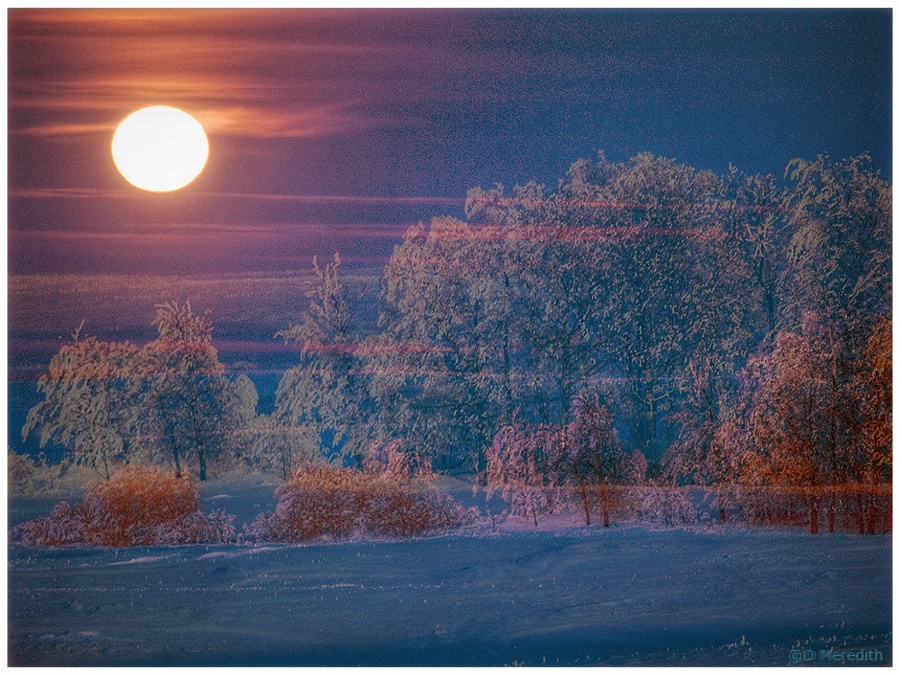 As this is the first anniversary of the Lens-Artists Photo Challenge the subject has been left to the contributors this week with the prompt: Your Choice.

After having a few thoughts for the challenge I came up with the idea of photos taken during the blue or golden hour, one for each decade starting with the 1970s. 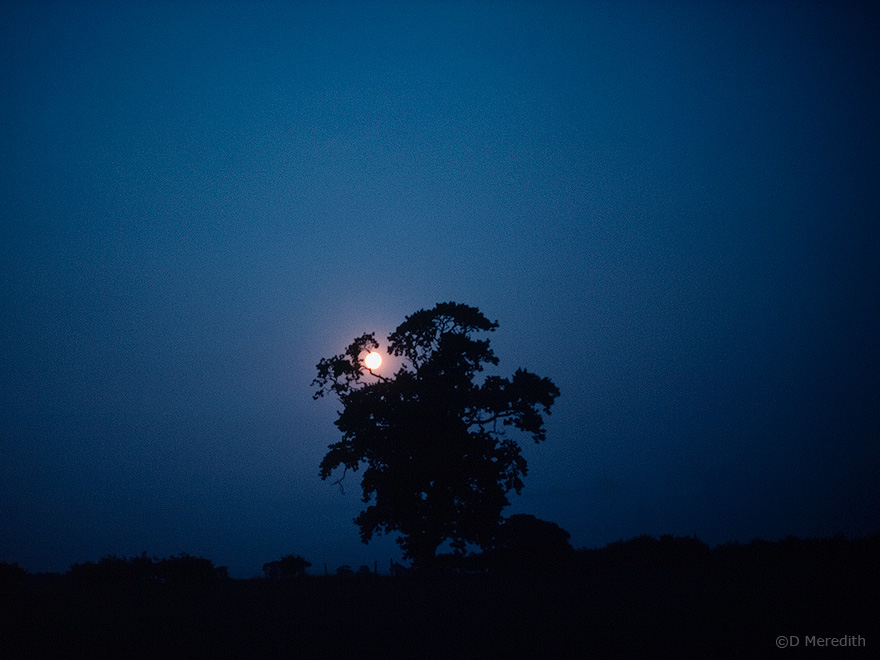 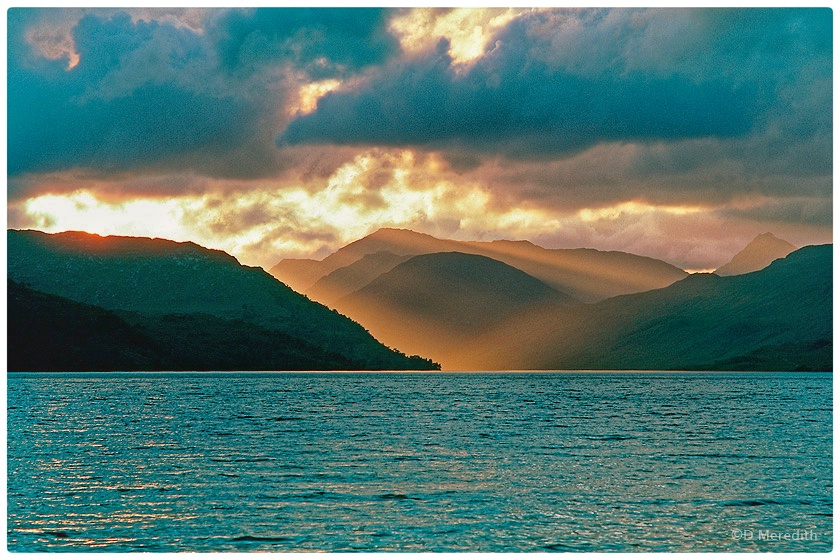 2000s. The range light at the mouth of the Saugeen River at dawn on the Lake Huron shoreline in Southampton, Ontario, Canada. 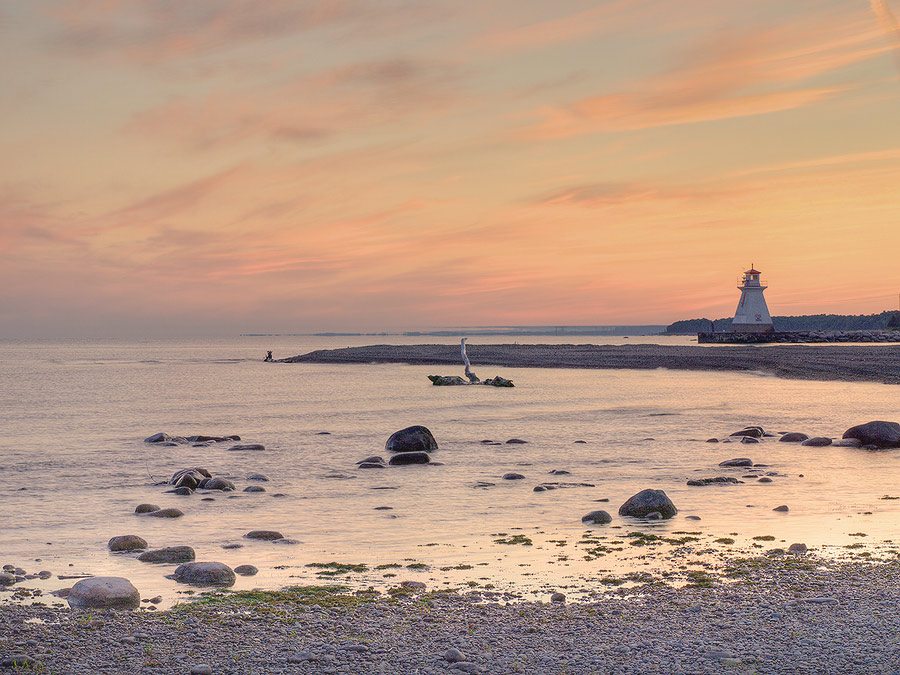 This is my second post on this challenge but is actually the first version I put together before changing my mind and rewriting.

A moonrise from the mid 1970s and used in a slideshow which was part of my O level art exhibition. Taken from behind my parents house in Cheshire, England.

Decades later and on a different continent in Ontario, Canada we have a spring sunset. The sun is setting behind Chantry Island and it’s lighthouse with a mix of ice and open water on Lake Huron in the foreground.